Airbus A320neo British Airways. Photos and description of the plane

Diameter of the engine nacelle of Airbus A320neo is 2.65 meters and “ground clearance” is 46 centimeters.

Airplanes of A320 family already on the stage of initial engineering process have got quite high landing gear legs because creation of elongated version Airbus A321 was considered from the beginning.

First the airplane takes off the flight strip surface front gear leg, increasing angle-of-attack but long body with short gear legs limits this angle so that the airplane wouldn’t touch the flight strip with the tail. But smaller angle-of-attack requires increase of take-off speed and as result the length of the flight strip – these problems were taken into consideration by Airbus engineers in advance while Boeing engineers are combining initially short landing gear legs of Boeing 737 with necessity of increasing diameter of the engines and the body length. 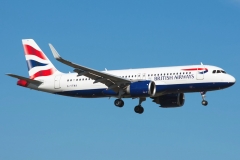 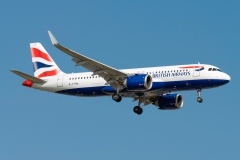 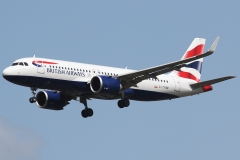 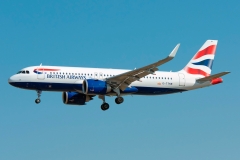 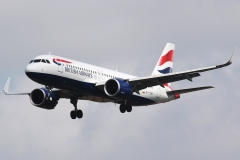 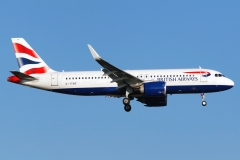