Airbus A320Neo Spirit Airlines. Photos and description of the plane

Sharklets (winglets) have been developed by Airbus Industrie especially for the new family of aircrafts A320Neo. According to the statement made by the company sharklets allow to improve aerodynamics of the airplane thanks to increase of effective wing elongation and reduction of induced drag created by wind eddy that comes off the end of the arrow wing.

According to Airbus calculations thanks to use of the shraklets fuel consumption on long distances will be reduced by 3.5 % that will also mean reduction of carbon dioxide emission. Also, airplanes of A320 family with the sharklets will be able to increase commercial load by 500 kg or to increase flying range by 180 km (100 sea miles) in case of standard load. 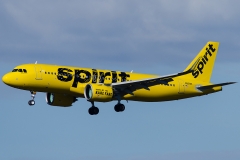 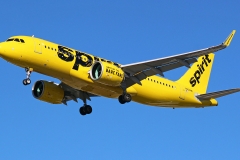