Airbus A330-200 Turkish Airlines. Photos and description of the plane

In one year after going through all ground and flying tests airplane has got certificate.

Airbus A330-200 in typical three-class modification may accommodate 253 passenger seats, 293 seats in two classes or up to 40 seats in economy modification.

In case of maximum load Airbus A330-200 may flight on distance of 12500 kilometers. Ferry range of the aircraft is more than 13 thousands kilometers. 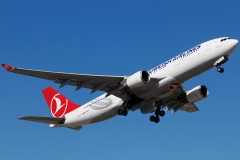 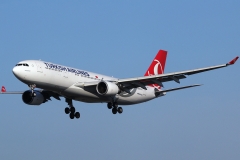 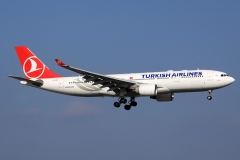 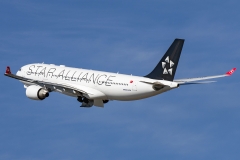 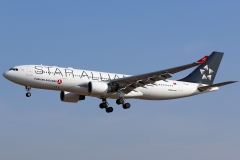