Airbus A330-300 Air Europa. Photos and description of the plane

The certification of the airplane was finished in June 1994. But because of the problems with thrust reverse airplane was introduced into operation only in December 1994. Airplane with turbofan engines Rolls-Royce “Trent” 700 began flight tests at the end of January 1994.

Airplane A330-300 is the first airplane of Airbus Industry with the engines of English Company. At the end of December 1994 certification was finish but in February 1995 deliveries started. 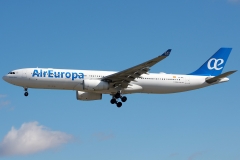 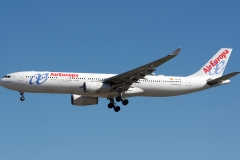 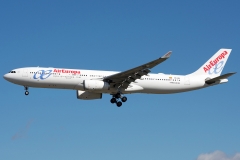 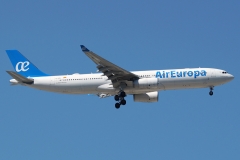 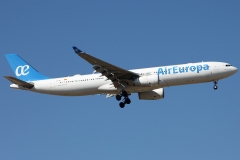