Airbus A330-300 Brussels Airlines. Photos and description of the plane

According to the development schedule the first was airplane A340 after which with one year interval – airplane A330. Experimental airplane Airbus A330-300 (with engine CF6-80E1) has made first flight on November 2nd 1992. At the end of October 1993 it was certified according to European (JAR) and American (FAR) airworthiness standards. First airplane at the end of December 1993 was delivered to french airline company “Air Inter”. 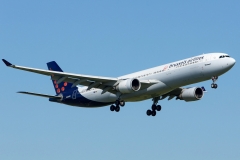 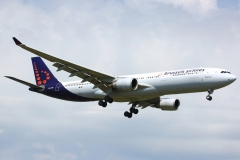 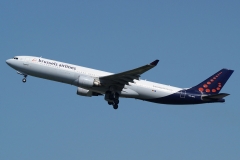