Airbus A340-300 TAP Portugal. Photos and description of the plane

It is interesting to know that already during tests the fourth block of landing gear was added. Only two back landing gears under the wings were not enough during landing to bear maximum weight during full load.

After ICAO this airplane is of A343 type, after IATA – 343. Four-engine long-haul wide-bodied, the most quite airplane of medium size of its generation often works on the longest but not high loaded routes being a perfect supplement to the line A319-321.

A340 family together with A330 line became the most sold wide-bodied airplane of all the times. Many airline companies are trying to keep their fleet new and part of their property is rented to other companies. For example, Airbus Industries was selling 8 aircrafts A340-300 constructed in 1997-1999. 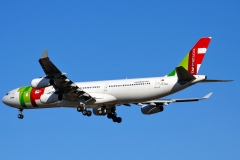 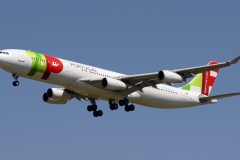 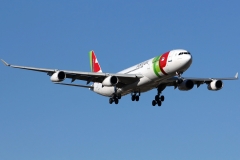 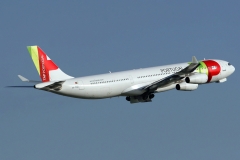 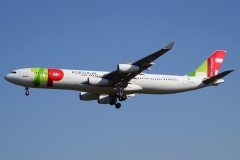 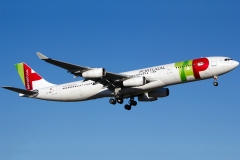