Airbus A350-900 Singapore Airlines. Photos and description of the plane

Long-haul wide-bodied airplane Airbus A350 is constructed by European company Airbus to replace aircrafts A330 and A340. The airplane was designed to transport from 270 to 475 passengers on 15 000 kilometers distance. In this segment A350 competes with American Boeing 787. 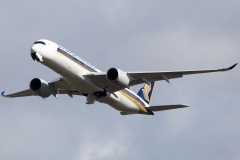 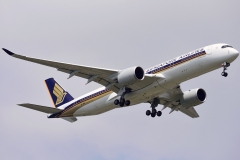