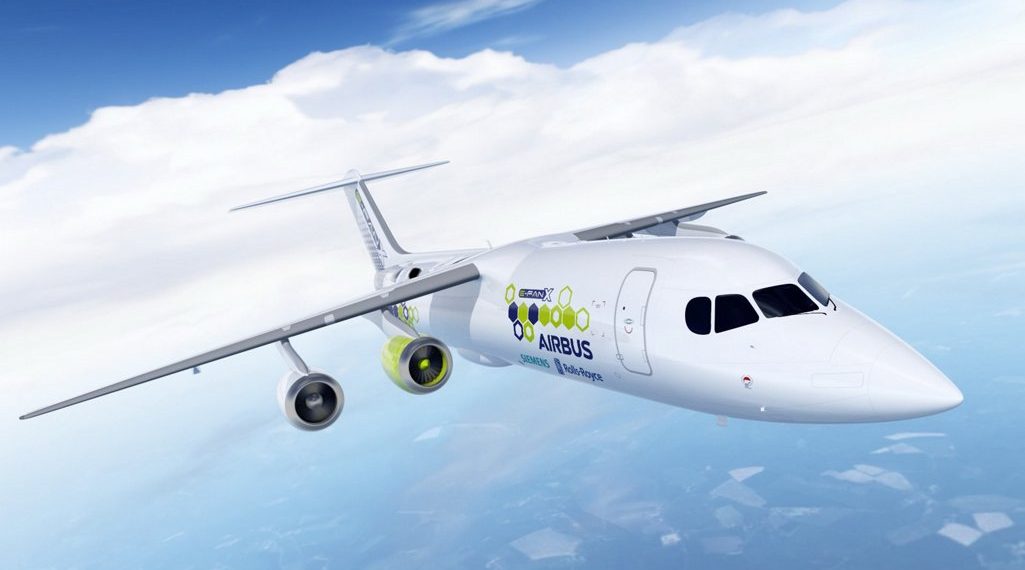 “These concepts will help us elaborate design and configuration of the first ecology neutral commercial airplane in the world with zero emissions’ level that we plan to introduce into operation to 2035. Switch to hydrogen as fuel for such airplanes’ concepts will require prompt actions from entire aviation industry”, – Airbus CEO Guillaume Faury declared. In particular, significant changes will have to be done in airports’ infrastructure in order to provide transportation and storage of liquid hydrogen to tank airplanes with it.

Airbus already has experience of projecting ecologically neutral airplanes: in July 2013 company presented at Le Bourget air show two-seats battery-powered airplane E-fan projected as practice aircraft capable to stunt. Prototype made several flights in 2014 but in 2017 Airbus refused to produce this model. Two electric engines of E-fan had power of 40 horsepower each and accelerated the airplane with maximum take-off weight of 550 kilograms to course speed of 160 kilometers per hour (maximum made 220 kilometers per hour). Battery charge was enough for one hour of flight, cost of energy for charging made 16USD.

Commercial electric airplane was constructed by engineers of Magnix and Harbour Air companies on the base of single-engine airplane Cessna Grand Caravan 208B equipping it with electric engine of 750 horsepower and lithium-ion battery for 750 W with 1-ton weight. First flight prototype made in May 2020 in USA. Cost of energy for charging the battery for half-hour flight made 6 USD. It is expected that airplane will be certified in 2021 and will make flights to the distance of more than 160 kilometers with 4-5 passengers.

First in the world airplane with electric engine and system of hydrogen fuel elements HY4 was created by specialists of German Aviation and Space Center on the base of electric airplane Pipistrel Taurus Electro G4 and tested in 2016. Hydrogen fuel elements make transformation of chemical energy of the fuel into electricity and is used in the prototype only for horizontal flight. For take-offs and height gains in HY4 serves lithium-pol electrical battery with 21 kWt/hour capacity. Engineers plan to create on the base of the prototype regional commercial airplane for 19 passengers.