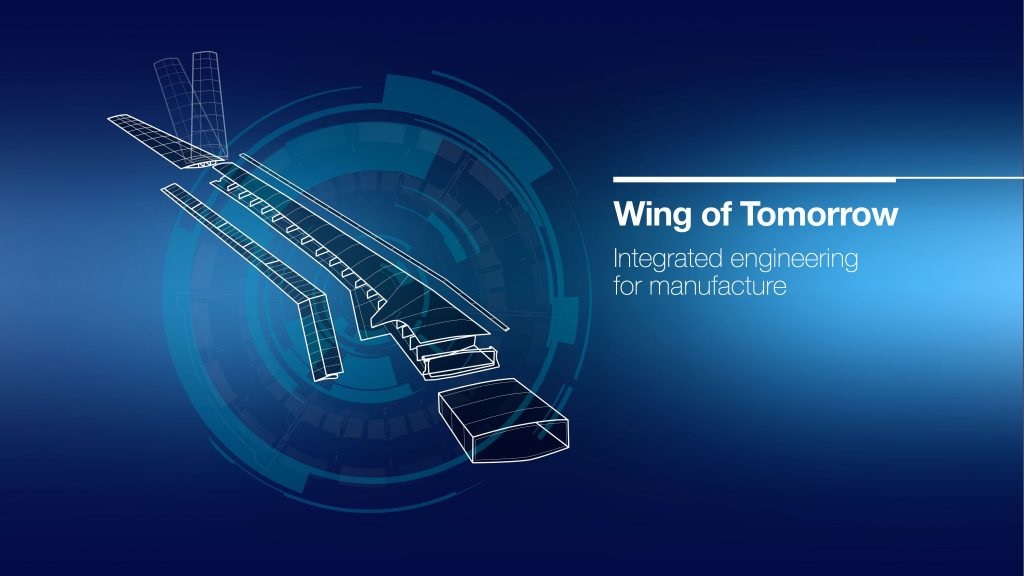 In the framework of the program “Wing of Tomorrow” are tested the newest composite materials, constructions and techniques of wings’ production and other aerodynamic surfaces and also is being made improvement of technological processes and preparation for future growth of the demand for airplanes after pandemic termination.

Totally will be made three full-size prototypes of the wings. First will be used for researching questions of system integration, the second one is intended for performing structural tests and comparing the results with computer calculations but on the third prototype will be tested opportunities of wide production and checked results of industry modelling.

“The program “Wing of Tomorrow” is the most important part of the researches and elaborations made by Airbus. With the help of this program, we estimate profitability of the new technologies of wings’ production. High-performance constructions of the wings together with transmission to more ecological fuel types and hydrogen will help reaching zero level of the carbon emissions in aviation. Program “Wing of Tomorrow” is perfect example of the big industry cooperation directed on fulfilling industrial tasks in creating ecological future”, – Airbus technical director Sabine Klauke declared.

In the International Airbus program “Wing of Tomorrow” participate global partners and specialists from European Airbus subsidiaries, including from Bremen plant (Germany) where is based team that engineers the wing. Partial financing of the program is made by UK Aerospace Technology Institute. In three prototypes will be used more than one hundred new technologies of production and assembling directed to increase of air transport ecological safety.

Such complex element as wing covering was constructed in National Composites Center based in Bristol and assembled on Airbus plant in Filton (Great Britain). For final assemble of the wing covering and one more big assembly unit – the panel of trailing edge – have been delivered to the Manufacturing Technology Research Center in Wales on the base of Airbus wing factory in Broughton (Flintshire).