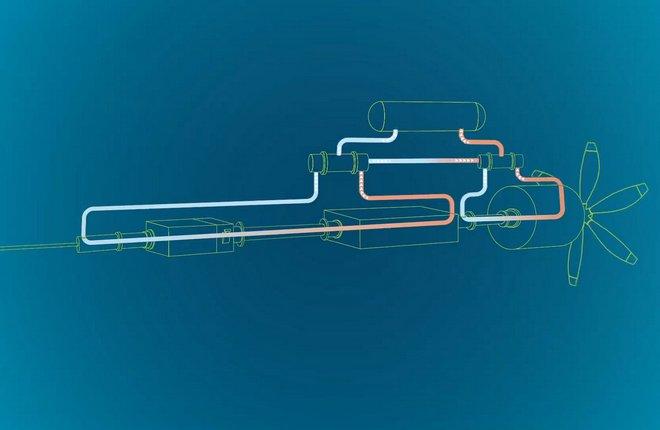 In the framework of the program of airplanes’ power unit architecture optimization for the flights with low and zero level of emissions European aviation company Airbus starts examination of influence of superconducting materials and cryogenic temperatures on technical data of the airplane’s electric traction system with the help of Advanced Superconducting and Cryogenic Experimental powertraiN Demonstrator (ASCEND).

Use of superconducting materials may reduce electric resistance. It means that electric current will be transmitted without significant losses of energy. Combined with liquid hydrogen and cryogenic temperatures (-253оС) electric systems may be allowed to cool to heighten significantly yield capacity of entire power unit.

Airbus will use ASCEND for studying possibilities of application of this perspective technologies in order to optimize architecture of the power unit for the flights with low and zero level of harmful substances emissions. It is expected that results will show potential to reduction of the components’ weight and electric losses at least twice as compared to existing systems. This takes place thanks to reduction of the volume and complexity of the system’s installation and also pressure up to 500 Volt.

Thanks to ASCEND will be estimated electric architectures from several hundred kilowatts to Megawatt applications with liquid hydrogen on the board and without it.

Airbus will project and build prototype during the next few years in own test facility E-Aircraft System House. Tests of the engineering researches that may be adapted for turbo-prop, turbofan and hybrid propeller engines will take place at the end of 2023. They will help aircraft industry to take decision about the type of architecture of the power unit for future airplanes. Also, it is expected that ASCEND will allow to improve characteristics of existing and perspective power units for entire Airbus model range, including helicopters, eVTOL and also regional and narrow-body airplanes.

On the demonstrator’s project works Airbus company – UpNext created for accelerated elaboration of future technologies based on creation of full-size demonstrators in short terms for further estimation, modification and examination of new products and services that include radical technological leaps.