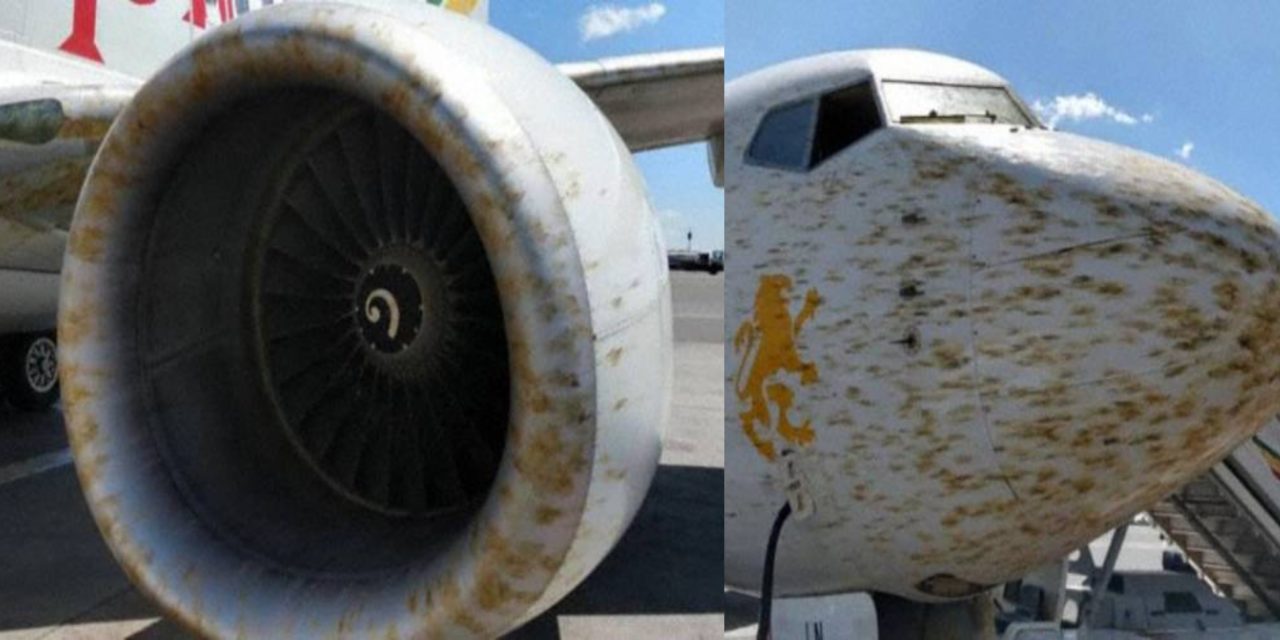 Airplane in Ethiopia changed route because of impact with locusts

Airplane Boeing 737 of the airline company Ethiopian Airlines cancelled landing in the airport of Dire Dawa city on the East of Ethiopia after getting into huge swarm of locusts during lowering, – informs Kenyan Newspaper The Standard.

According to the newspaper’s data the airplane with the route from Djibouti has come in for landing twice but wasn’t able to land because of restricted visibility. As result pilot decided to change route and in 30 minutes landed the airplane in the Ethiopian capital Addis Ababa.

In social media were published pictures of the airplane, former white fore part of which has come out in brown spots during impact with winged insects. The engine and wing had the same spots. But through the windscreen of the crew cabin it was hard to see anything because of thick layer of locusts that crashed during hits.

East African countries endure irruption of desert locusts that invaded a lot of Somali, Ethiopian, Djibouti, Eritrea, South Sudan and Kenyan districts. As Food and Agriculture Organization of the United Nations (UN FAO) declared that there was no such big quantity of locusts in this region for the last 25 years. On each square kilometer in the epicenter of the districts to which unexpectedly came locusts may be up to 80 million species of these insects – FAO specialists marked.

This outbreak was born in Yemen last year. From Yemen desert locusts rushed in two directions – to Africa and Hindustan. Flying over the Red sea the locusts came unexpectedly to the countries of the Eastern Africa.

Difficult situation was created in Pakistan and India which were also attacked by locusts from Arabian Desert.