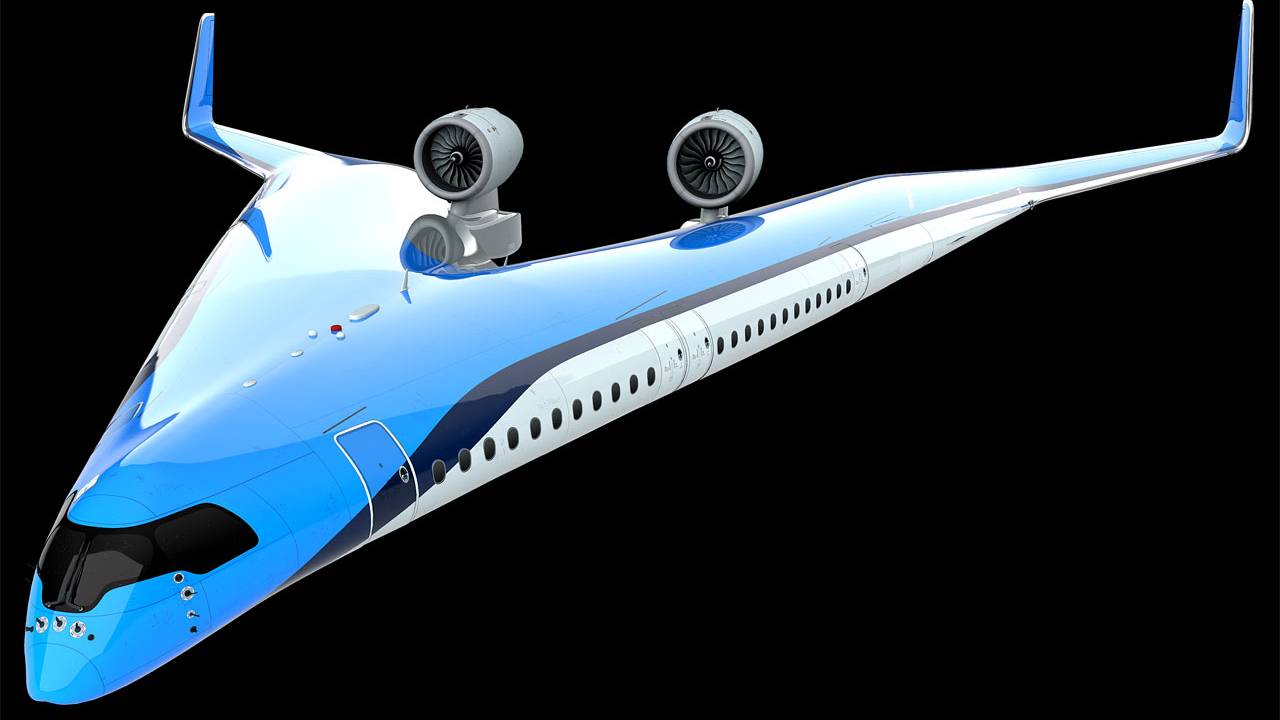 Airplane in which passengers sit inside the wings

Holland Airline Company KLM together with Delft University of Technology is inventing quite unusual airplane. Named Flying-V because of bizarre V-shaped form it will differ from common airplanes with passengers’ location… directly in the wings.

It is promised that prototype will be presented to the public this autumn and according to company’s representatives, part of the interior will be exhibited as well.

However, for commercial use airplane will be available not earlier than 2040-2050.

Except passenger seats in the wings are also planned to be located fuel tanks and compartments for luggage storage – according to engineers’ idea it must make the machine “more stable” and increase efficiency of fuel use.

Pieter Elbers, the president and chief executive officer of the Holland Airline Company KLM will work with Henri Werij the dean of the Faculty of Aerospace Engineering at the Delft University of Technology. It is informed that Flying-V will have functionality compared to Airbus A350 but will consume 20% less fuel. One of the peculiarities with which Flying-V may be compared with A350 is the same wing span. In such a way Flying-V will be able to fit into already existing airports, gates and landing gears.

Besides, this futuristic airplane will be able to play the same role as Airbus A350 (for example to transport the same number of passengers and cargo), however more compact construction will lighten flight at the expense of less resistance. As result Flying-V will be put in motion with the help of turbo-prop engines but at present moment prototype may work on kerosene fuel.