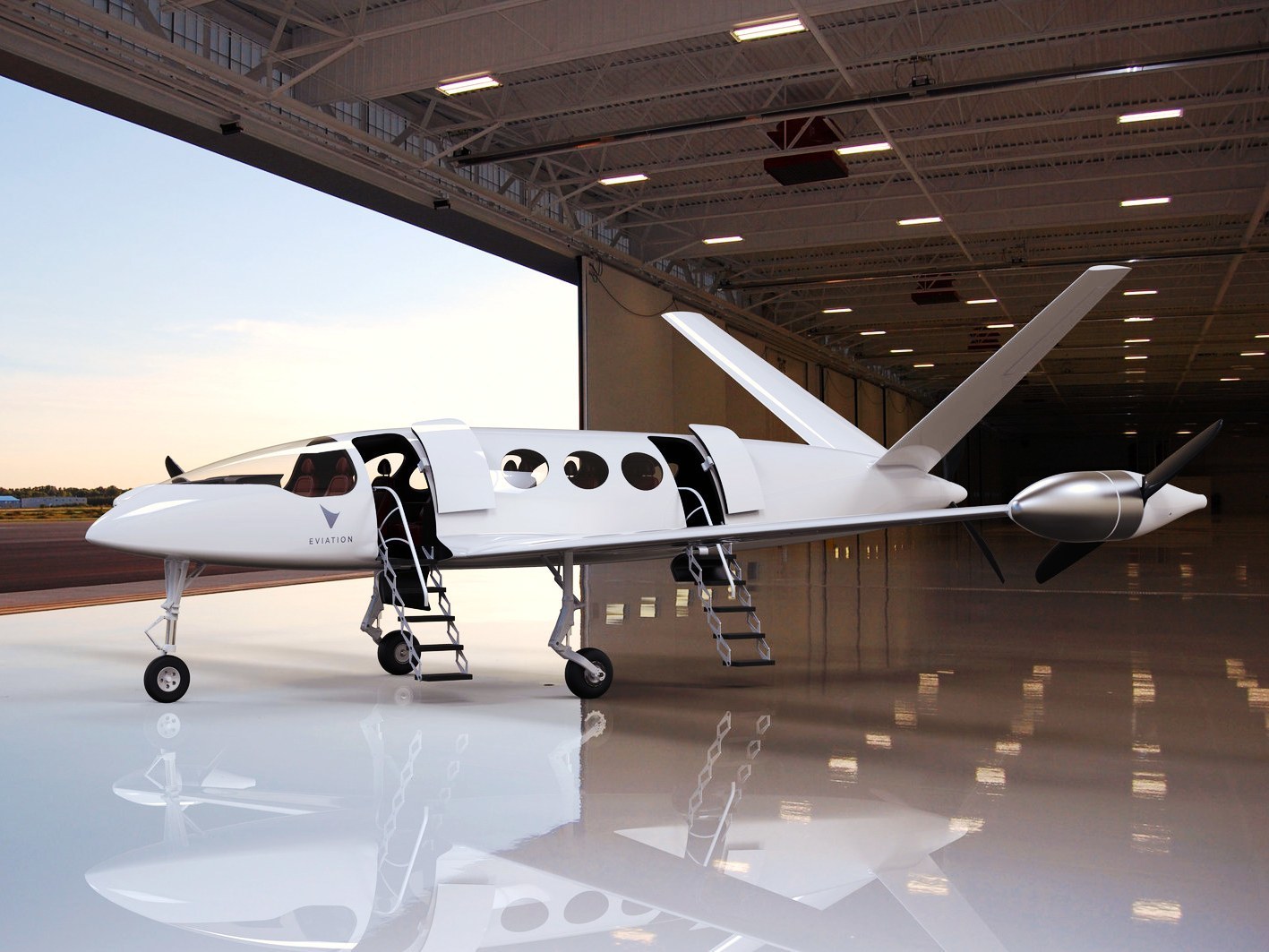 New elaboration of XTI Aircraft under the name TriFan 60 at present moment is on the stage of so-called “ground tests” (i.e. it hasn’t got-off). However, engineers have already registered their air vehicle and promise to make first flight soon. Engineers are checking functionality of all airplane systems, operation of engines, electronics and so on.

The main peculiarity of TriFan 600 is that it will be able to make vertical take-off and landing. Take-off will be made on “helicopter” principle because this flying machine despite its “airplane” appearance has “fans”. Two of them are located in the wings and one in the tail. Fans located in the wings will be used for take-off and landing and also for moving in the air (they may rotate 90 degrees).

It is supposed that new airplane will be able to accommodate 12 passengers and its’ cruising speed will be 630 kilometers per hour. Engineers affirm that TriFan 600 will be able to fly on altitude of 10.7 kilometers but batteries capacity will be enough for flying on the distance up to 2.8 kilometers (yes, the engine will be electric).

By the way the news that airplanes may become electric (or hybrid) appeared long ago. There are a lot of elaborations in this field. For example, Israeli company Eviation Aircraft promises to send Alice airplane in the air in several years. It may take 9 passengers on board (+ 2 crew members) but flying range will be a little more than one thousand kilometers. It is short for airplanes however Alice will be used on short distances.