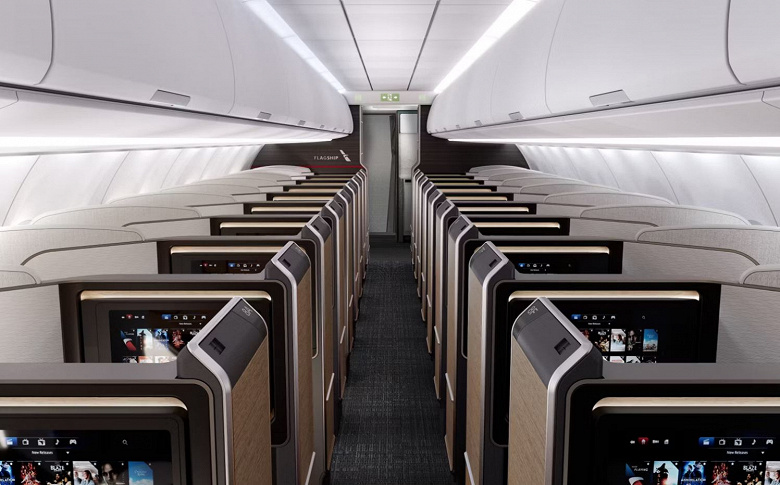 American Airlines presented premium-class “product” for its fleet of extra long-haul airplanes Airbus A321XLR. New seats that got name Flagship Suite represent mini-apartments with separate door. They will be installed not only on Airbus A321XLR but on Boeing 787-9 Dreamliner as well and also, they will appear in Boeing 777-300ER.

Apartments are presented with separate cabin, transformable seat (by pressing button it may be converted into bed), individual screen, table, wireless phone charger, nightlight and many various compartments for storing the things. Near the door (by the way, it is tall – full length) is installed additional table-bistro that is easy to be used as table for beverages.

Flagship Suite in Airbus A321XLR will be installed per 1-1 scheme (i.e., per one cabin in the row to the left and to the right from the aisle) but Boeing 787-9 Dreamliner will be bigger, that is why location scheme of the Flagship Suite will be another 1-2-1. In the case with Boeing between neighboring Flagship Suite are provisioned rolling down walls and if desired passenger may talk to the nearby passenger.

From 2024 in American Airlines airplanes will appear also new premium-seats in the economy class – with wide seats and big central armrests.