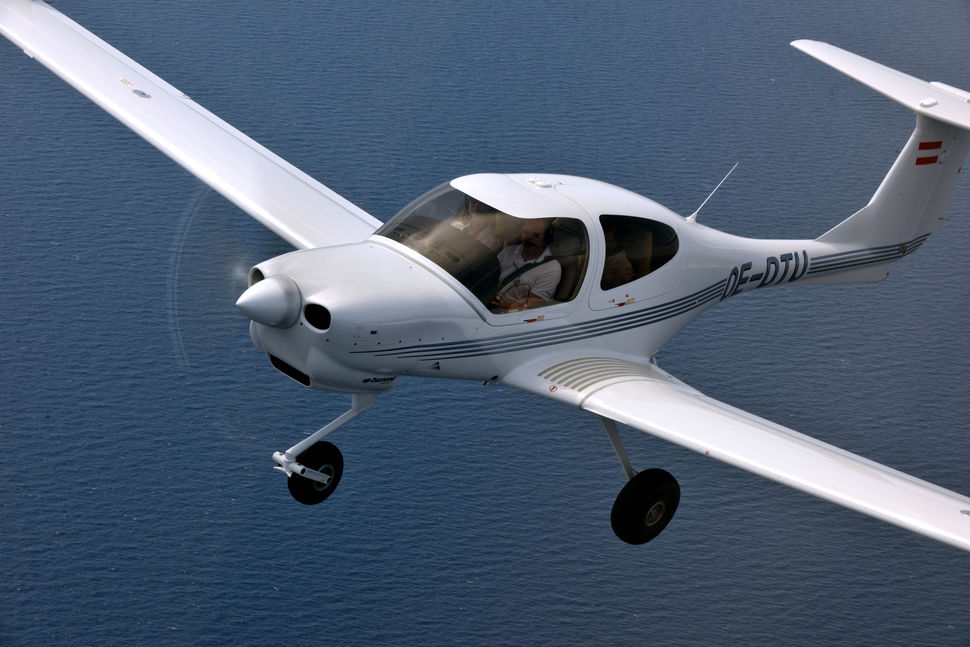 Perspective hybrid two-engine light airplane engineered by Austrian Company Diamond Aircraft on the base of DA40 made first flight.

According to the message of the Company tests took place on October 31st 2018 and were declared fully successful. All together first flight of the hybrid airplane in engineering process of which also takes part German Company Siemens lasted about 20 minutes. In the nearest future tests of the flying machine will be continued.

Hybrid airplane is customary to name flight facility the engines of which work on electricity that, in turn, is generated by turbo generator and is accumulated in the batteries. In turbo generators in the capacity of the power unit may be used practically any internal-combustion engine (gas turbine, turboshaft, diesel) if it has enough power for starting generator mentioned in the project.

Today several Companies in the world work over development of hybrid airplanes. Developers consider that new airplanes will be significantly more fuel efficient and ecologically cleaner than modern flight facilities in particular at the expense of less expensive maintenance and less fuel consumption. First of all hybrid airplanes are planned to be used on short-haul routes instead of turbo-prop flying machines and jet “crossovers”.

Light airplane DA40 represents four-seat one-engine piston aircraft with tractor airscrew in the nose part. Engineers removed from the flying machine piston engine and installed instead of it 110 kW power diesel-generator. Two electrical batteries of 12 kW/hour capacity each installed in the cabin instead of passenger row of seats charge of it. The batteries and generator supply two electric engines located in engine nacelles placed on the front horizontal empennage. Total power of the engines is 150 kW in take-off mode.