Boeing 717-200 Hawaiian Airlines. Photos and description of the plane

This airplane shouldn’t be confused with the airplane-prototype Model 717 constructed in 1950’s by Boeing company on the base of which was later constructed tanker aircraft Boeing C-135 Stratolifter.

This Boeing 717 was constructed in 1990’s and is continuation of development of short range aircrafts’ family DC-9, MD-80 and MD-90 constructed by McDonnell Douglas company.

Also for today Boeing 717 is one of the smallest passenger jet constructed by “Boeing Commercial Airplanes” company. 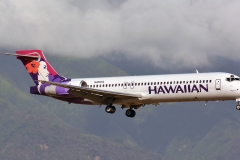 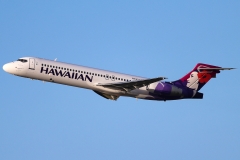