Boeing 737-700 KLM. Photos and description of the plane

In 1992-1993 Boeing company started researches of 737 airplanes’ subfamily that has got designation 737-NGA (New Generation Airliner) or 737-X. Company has planned by taking as the base construction of Boeing 737-700 airplane to improve significantly performance and economy data in order to prolong useful life of the 737 airplanes (the most popular in the world) in 21st century and also to provide competitiveness with similar airplanes of Airbus Industry.

The main peculiarities of the airplanes of new family are: use of less cost-efficient and less noisy turbofan engine CFM56-7 with electronic control system FADEC, modified wing with increased measurements and more effective airfoil section (that allowed not only to increase quality but also the fuel tankage), modified surfaces of tail empennage, new interior of passenger cabin, improved configuration of crew cabin and updates aviation electronics. 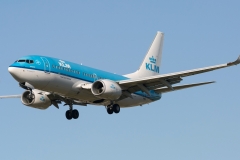 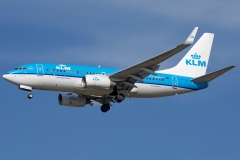 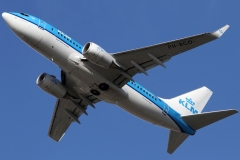 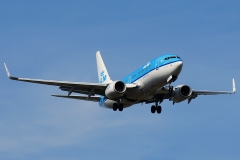 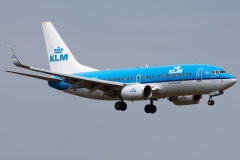 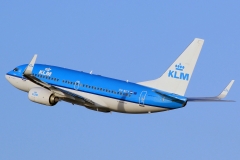