Boeing 737-800 Air Europa. Photos and description of the plane

From September 1994 Boeing Company began to engineer airplane Boeing 737-800 (previous name of the airplane 737-400X) the second in new subfamily of the aircrafts of 737 class.

On the airplane is used digital complex electronic hardware EFIS of American Company Honeywell with 6 flat displays. Architecture of the complex is similar to Boeing 777 airplane. Also there is possibility to install unique head-up display HUD on the windshield glazing. Serial production of the Boeing 737-800 was launched in 1998. 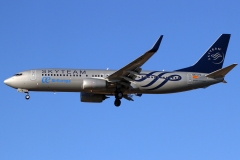 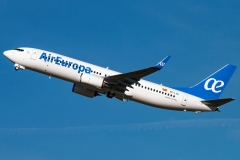 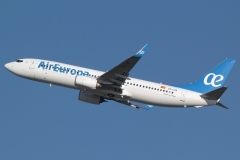 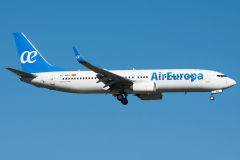 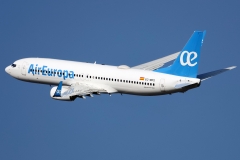