Boeing 747-400 Qantas Airways. Photos and description of the plane

Though this airplane was engineered on the base of previous models of this family but constructively it is a new airplane. New aircraft became more capacious than previous airplane versions of Boeing 747 family. Thanks to the new engines the noise level of serial Boeing 747-400 became twice lower than of Boeing 747-300 but fuel efficiency has increased by 25 per cent. 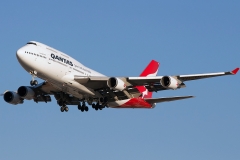 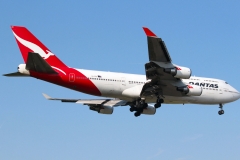 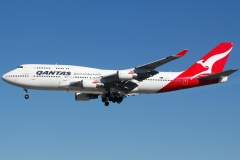 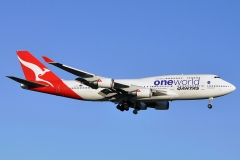 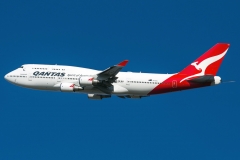 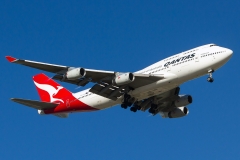