Boeing 747-400 United Airlines. Photos and description of the plane

Though this aircraft was designed on basis of previous models of this family but structurally is a new airplane.

New airplane became considerably more spacious than previous versions of airplane from Boeing 747 family. Thanks to new engines the level of noise of stock Boeing 747-400 became twice less than of Boeing 747-300 but fuel efficiency had increased by 25 %.

Boeing 747-400 allows to accommodate in three classes 416 passengers. In configuration that has economy and business class 524 seats are possible. But in maximal economy class passenger capacity is 660 people. 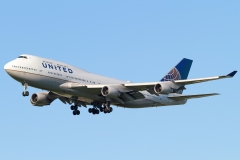 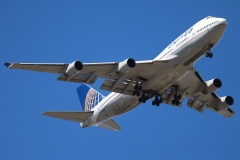 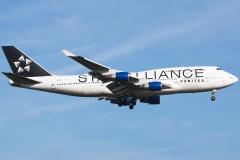 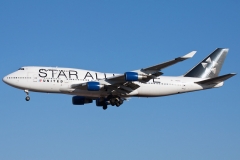 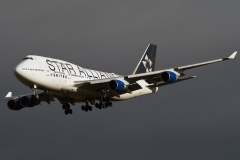 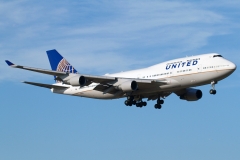 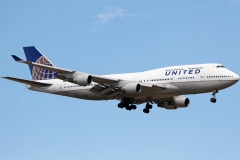 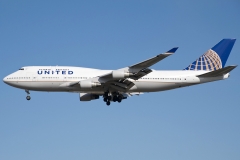 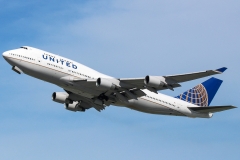 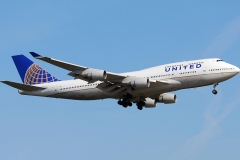