Boeing 757-200 Aer Lingus. Photos and description of the plane

Boeing 757 was created as replacement of three-engine narrow-bodied airplane Boeing 727.

As compared to its predecessor Boeing 757 became more effective in fuel consumption that was practically reduced by almost 20 per cents thanks to improved aerodynamics and thanks to new engines.

Officially work over Boeing 757 began in August 1978. The base version in this project became airplane Boeing 757-200 that was developed to accommodate 189 passengers. 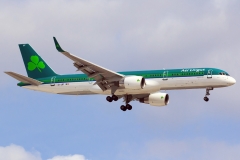 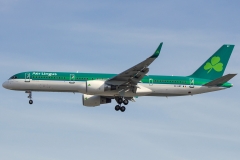