Boeing 777-300 Swiss Airlines. Photos and description of the plane

Boeing 777-300 is passenger airplane for airlines of long distances.

Preliminary researches of new modification under the name 777 Stretch have been made in 1994. Officially program of the airplane began in June 1995 but in October was chosen the final configuration.

Due to increase of take-off weight have been strengthened body construction and landing gear. On the horizontal empennage and wing-to-body fairing was planned to install small cameras that would provide additional view for crew during taxing in the airport. 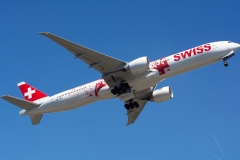 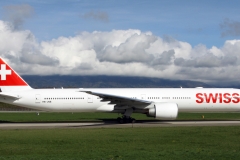 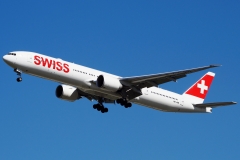 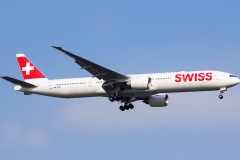 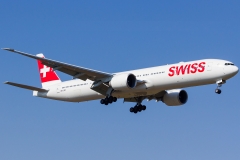 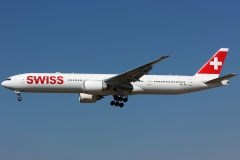