Boeing 787-8 Dreamliner Jetstar. Photos and description of the plane

“Jetstar” operates 11 planes Boeing 787-8 Dreamliner. On spring 2004 Boeing company has announced new project that had designation 7E7 in which, by the way, was used a number of decisions from Boeing Sonic Cruiser project.

After finishing construction of the first test airplane in December 2009 Boeing 787 has made the first flight. The airplane tests were successful and already on the summer 2011 Boeing 787-8 (the base model) went to the first test flight through Pacific Ocean: from Seattle to Tokyo that, by the way, has ended successfully as well.

In the end of August 2011 Boeing 787 was certified and in two months commercial use began. 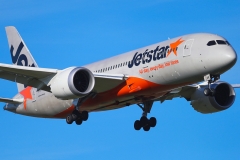 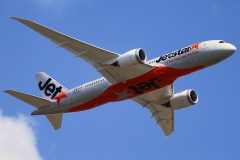 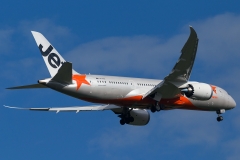 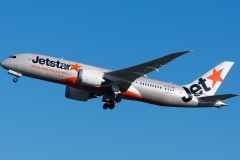 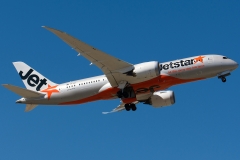 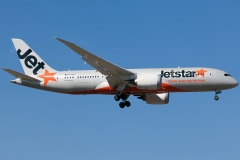