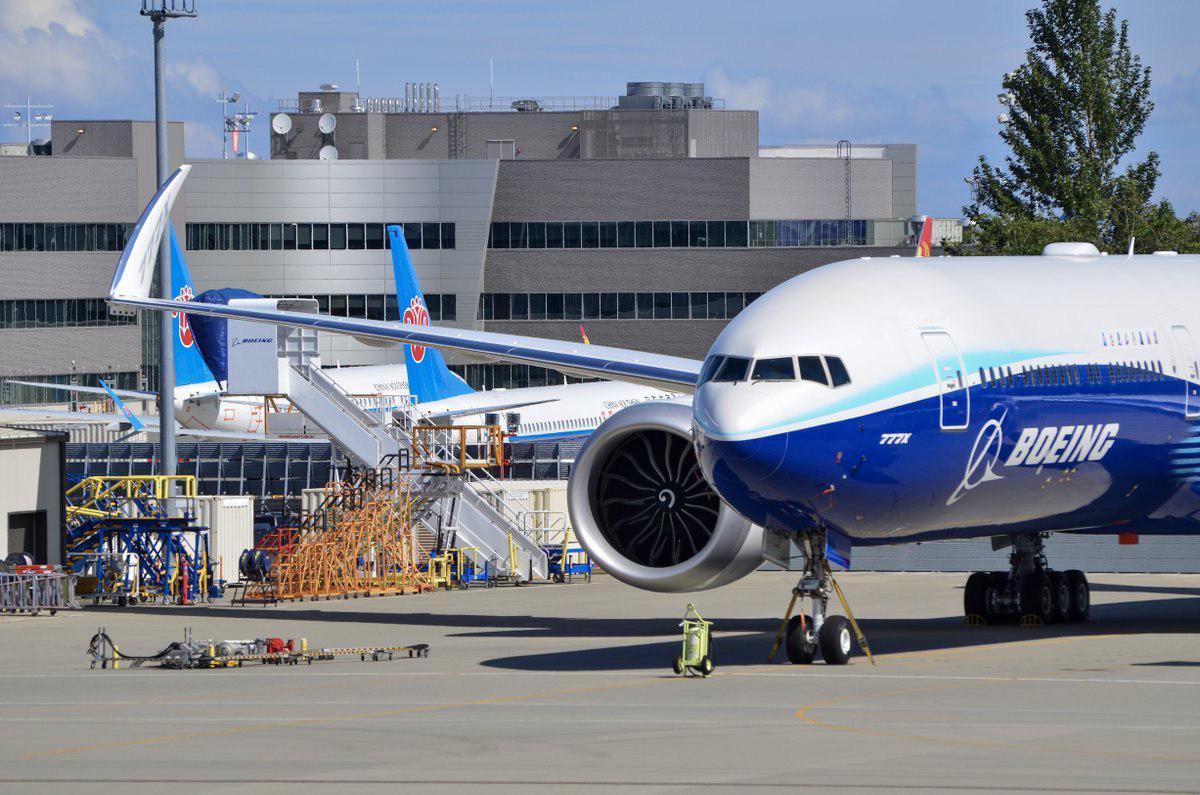 Second prototype of re-engined wide-body airplane Boeing 777X took off for the first time almost 100 days later after the first one.

On April 30th 96 days after the first flight of starting prototype of the newest wide-body airplane B-777-9 (that will accommodate 426 passengers) in the sky above Washington state the second testing aircraft of this type (number WH002, registration number N779XX) took off. Two pilots were on the board. Boeing 777X landed in Seattle.

In flight tests under the program 777X will take part four machines. Airplane WH002 will be used first of all for testing handling capabilities. A lot of equipment, sensors and control devices in entire cabin allow team of engineers to register and estimate airplane’s reaction to test conditions in real time mode, Boeing informed.

Today first prototype of B-777-9 flew almost 100 hours with various trailing edge flaps’ settings, various speeds, altitudes and so on.

Boeing declares that 777X is “the biggest and most fuel efficient wide-body airplane equipped with two engines”. According to the data from company’s web-site the length of the biggest variant of Boeing 777X will make almost 77 meters and may accommodate 426 passengers.

Tests of the new airplane fell to the period when corporation goes through crises: in December 2019 was announced suspension of production of the airplane Boeing 737MAX.

First deliveries of Boeing 777X to commercial operation is planned to 2021.