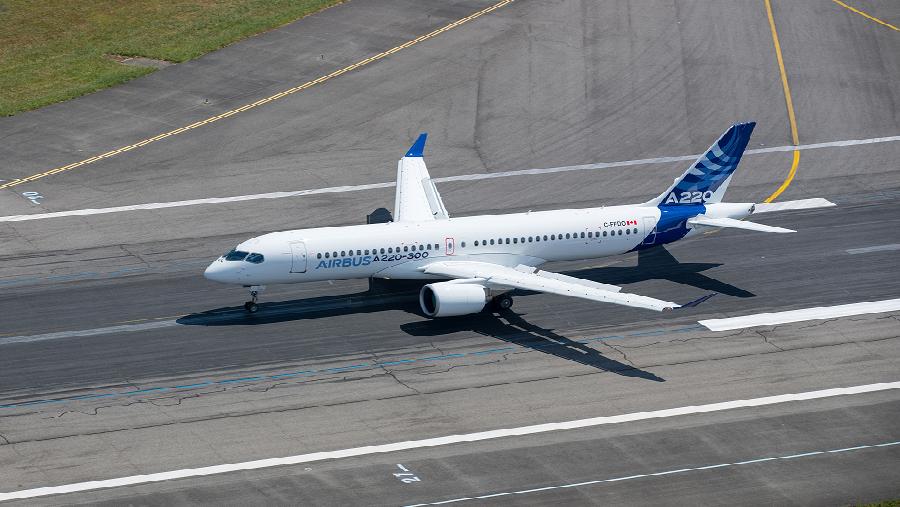 A220 is first commercial airplane that got ETOPS certificate from Canadian aviation authorities. ETOPS 180 will be offered as one of the options for airplanes A220-100 and A220-300. So time en route to the nearest alternate aerodrome where emergency landing may be made in case of one of the engines’ malfunction will increase to 180 minutes.

“Airplanes of A220 family offer unequalled level of passenger comfort and fuel efficiency in the segment from 100 to 150 seats. Thanks to improved aerodynamics, modern materials and new generation engines PW1500G, A220 allows reducing fuel consumption about by 20% as compared to the airplanes of previous generation. Maximum flying range of the A220 is 5920 kilometers. At present moment the orders received for airplane of A220 family make 537 units” – the company marks.

ETOPS are standards and special requirements to flights operation on two-engine airplane above featureless terrain elaborated by International Civil Aviation Association (ICAO) in the middle of 1980’s. According to ETOPS standards the route of two-engine airplane had to be made in such a way it may always stay in the limit of certain flight time till the nearest aerodrome where it could make emergency landing in case of one of the engines’ malfunction.