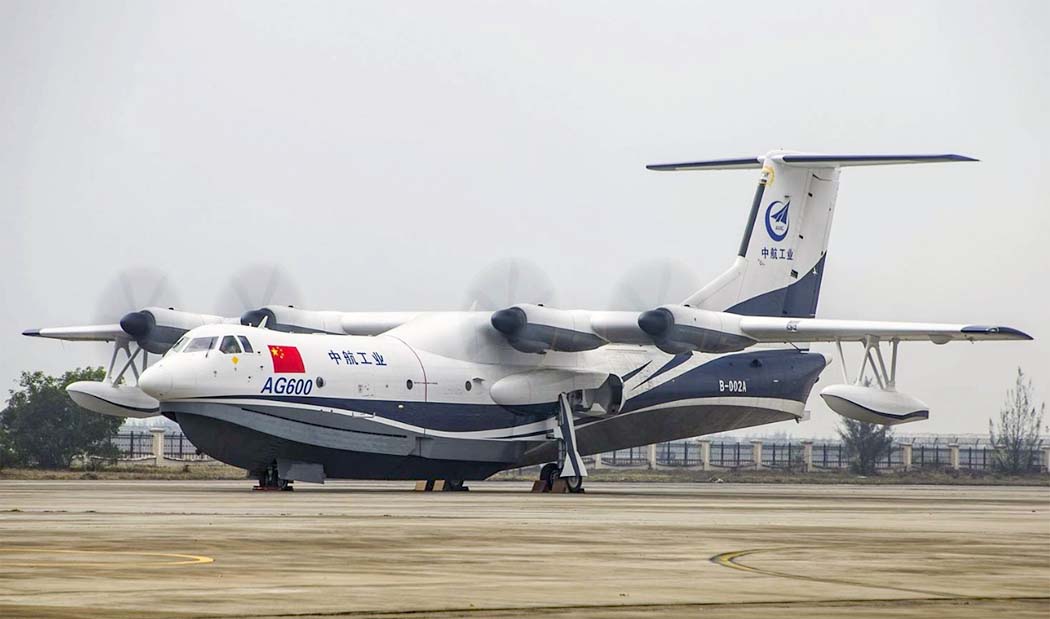 China has successfully carried out taxiing-out tests on the water on high speeds of their amphibian airplane AG600 constructed by Chinese aircraft corporation (AVIC). As Xinhua agency informs this stage of tests on the water took place on Monday on one of the storage lakes in Jingmen city (central province of Hubei).

During this run on high speeds on the water surface was tested stability of flaps’ operation, steadiness of the aerial vehicle during taxiing-out and many other characteristics. The agency informs that all systems worked stably that testifies of airplanes’ readiness to the next important stage – take-off and landing from the water surface. Earlier runs on lower and medium speeds have been made. Before the taxiing-out tests training tests in case of emergency situation have been run and integration testing of the equipment has been made with estimation of all possible risks before launching on the water.

At the end of August AG600 has crossed air area of three Chinese provinces making flight from the South province Guangdong to the port in the area of Jingmen city in the Central province of Hubei where it will have to make first take-off and landing from the surface of one of the local reservoirs in the area of Changhe airport. As of yet there is no information about the terms of carrying out these tests. First flight of the airplane took place in December 2017 in Zhuhai city (South province Guangdong).

Chinese Aircraft Corporation began work of airplane construction in 2009 and the first test sample has rolled off the production line in July 2016. Maximum take-off weight of the airplane AG600 that will become one of the biggest hydro airplanes in the world makes 53,5 tones. It may gain the speed up to 500 km/h with flying range up to 4,5 thousand kilometers and duration of being in the air up to 12 hours. The length of the airplane is 37 meters, wing span – 38,8 meters.

The airplane will be constructed in passenger and cargo modifications. Commercial use will begin not earlier than in 2022 after going through all the certification procedures that should be finished by 2021.