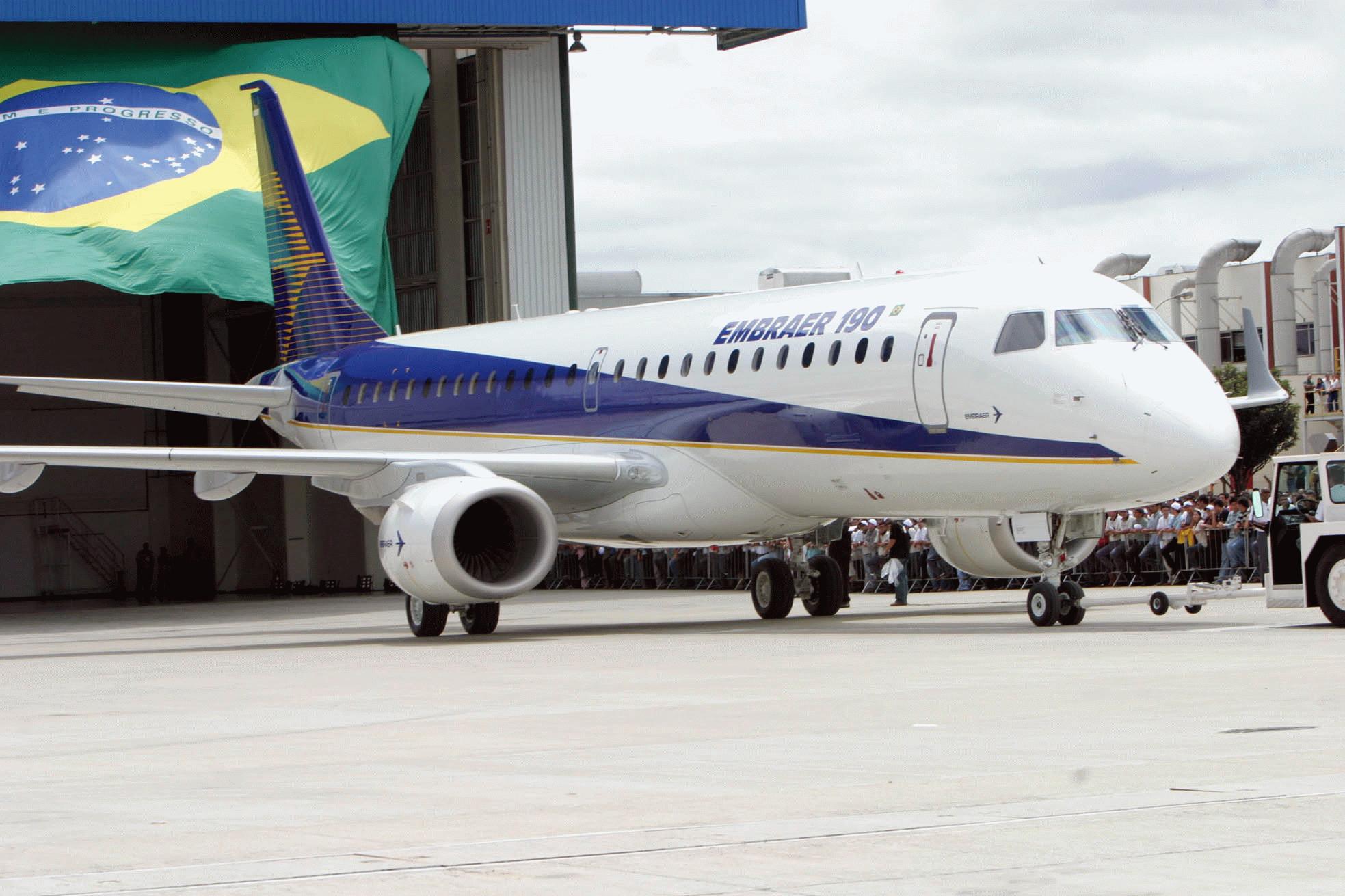 Brazilian national aviation company Embraer in the framework of debts and liquidity management program negotiated about obtaining credits in amount of 600 million USD for up to 4 years. It is said in the document published on corporate portal of the company.

“Up to 300 million USD will finance National bank of social-economy development (BNDES), the remaining amount up to 300 million USD – state and private banks in the ration of 50% to 50%” – specifies declaration of executive vice-president of the company Antonio Carlos Garsia. And this is not about changing the structure of aviation company’s stockholders, Embraer affirms.

As it is marked these funds will allow to increase company’s liquidity and provide finance of its’ activity “from the beginning of production cycle to the moment of sending ready goods for export.” Company also informed about intention to continue search of additional financing opportunities for long-term outlook in accordance with own business cycles.

In the beginning of July Embraer reported losses in amount of 292 million USD at the end of the first quarter 2020. It was marked that the company to the end of March had 2,5 billion USD of operating assets given that redemption time of the main part of the debt of the aviation company in front of loan suppliers (3,8 billion USD) is due in 2022. The main factors that influenced Embraer’s data at the beginning of 2020 became coronavirus pandemic and cancellation of the agreement about creation of joint venture with American aerospace group of companies Boeing.

At the end of April Boeing cancelled agreement with Embraer in the framework of which parties planned to create joint venture accusing partners of not fulfilling its’ conditions. Brazilian aviation company rejects these accusations. It is about agreement for construction of middle-haul passenger airplanes in which Boeing would have receive share of 80%, Embraer – 20%. Second agreement between companies about launch of the military airplane KC-390 (in which Brazilian company has 51% and American -49%) remain active.

At the end of 2018 Embraer and Boeing approved terms of the transaction about joint venture creation. At the beginning of 2019 was announced support of the merging by Brazilian authorities that as gold stock owners had the right to set veto. In October 2019 European Commission started detailed investigation of the transaction due to concerns that agreement may reduce competition in commercial airplanes. As Boeing specified agreement was approved with no terms by all authorities except European Commission