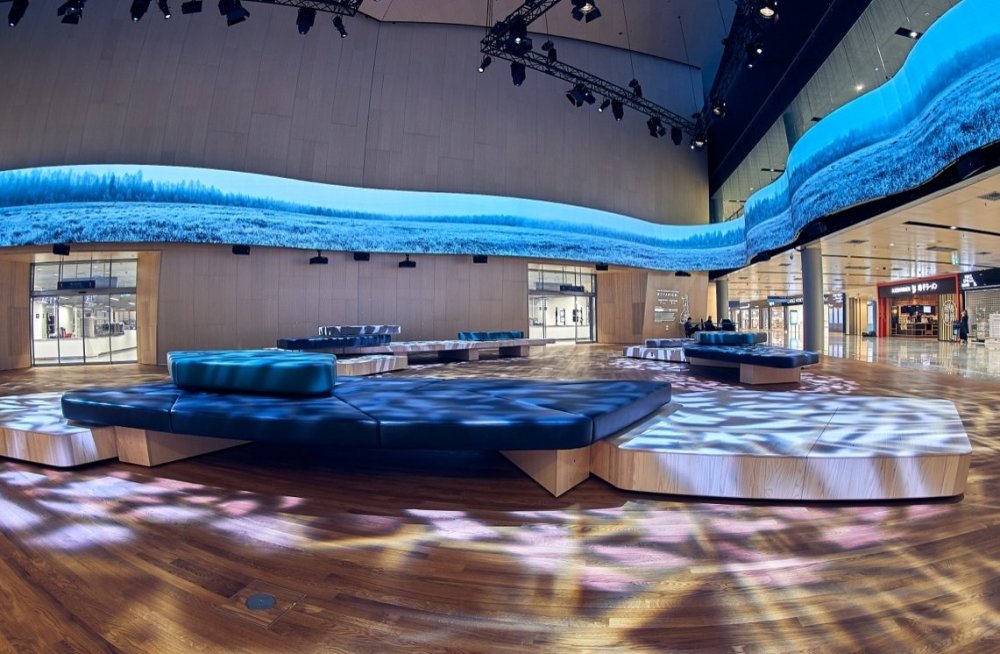 Surface of the new terminal is more than 33 thousands square meters. The heart of the Aukio became hall in which passengers are waiting for their flight. On a big undular screen of 2 meters height and 75 meters length are shown landscapes taken on the North of Finland. Passengers may choose the picture – morning twilight, sunset, autumn landscapes or, for example, Polar light.

Chief Digital Officer of Finavia Heikki Koski says that Aukio may be considered with good reason display-window of Finland because millions of international passengers feel for the first time the taste of Finland namely in the airport.

Passengers are promised to have faster inspection in the new terminal in comparison with other security lines. In the airport were interrogated employees and basing on their remarks were made changes in the work of the equipment.

In 2022 Finnish airport is going to take 30 millions passengers. For parking and ground maintenance of the airplanes in Helsinki airport will be added additional 55 thousands square meters. Totally the terminal surface will be increased by 100 thousands square meters. In the airport will be opened new galleries, will be widened Schengen zone and built new terminal entrance.

In 2018 has been already set record – more than 20 millions passengers. It was made 2 years earlier than planned.

Airport management stakes on transfer passengers. First of all on those who fly from Asia to Europe or USA and back. In 2019 three new directions will be opened – to Los Angeles, Sapporo and Tsinan.

During the last year the airport visited almost 4 millions transfer passengers. It is almost the fifth part of all travelers. But during 10 years number of flights was increased by 75 %. The base air carrier Finnair Company takes up to 60% flights in the airport. It has 21 long-haul airplanes in the fleet including 13 Airbus A350-900 (six more are on order) and 8 Airbus A330-300.

The Drector of the Helsinki airport Joni Sundelin marks three main reasons why passengers choose his airport: the level of service, many various routes and safety.