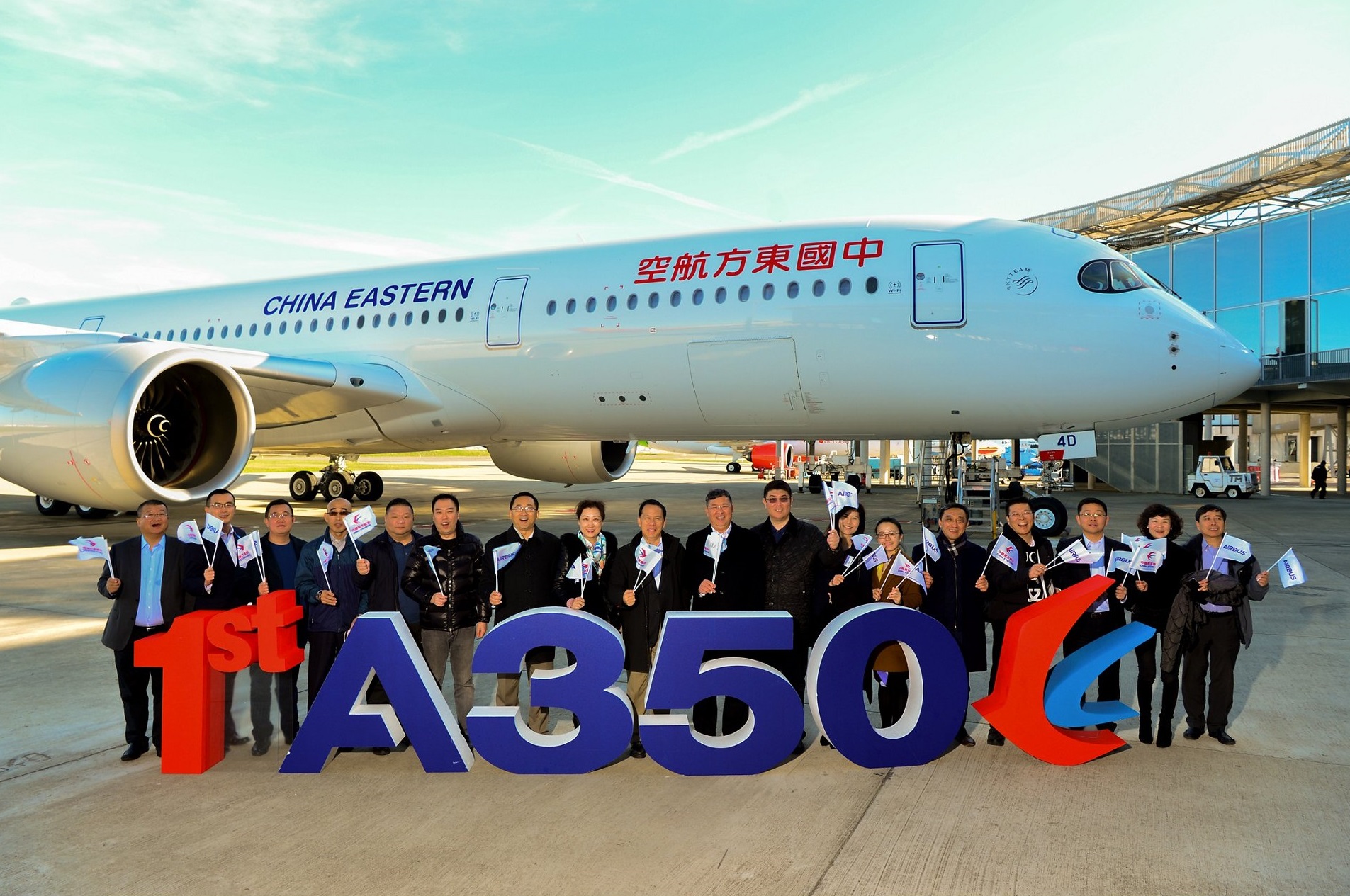 Airbus customization center in Tianjin will be able to serve foreign customers.

Airbus delivered to the Customer – airline company China Eastern first wide-body A350-900 from customization and finishing center in Tianjin (China). Airplane with serial number MSN 452 registered as B-323H became 10th aircraft of this type in the fleet of Chinese airline company. Chinese factory of Airbus company plans to deliver five A350 this year but from 2022 will gradually increase the pace.

Finishing Center in Tianjin was founded in 2008 to make finishing and interior works including installation of the cabin, painting of airplane and function check flights of narrow-body A320 family before delivering to the customers. In 2017 company adopted wide-body A330 and in 2019 after visit in China of the French president Emmanuel Macron portfolio was supplemented with the newest A350. Corresponding document was signed by chairman of The National Development and Reform Commission of China He Lifeng and Airbus president Guillaume Faury. This document also stipulated increase of A320 production from 4 to 6 per month to 2020. Due to crises was decided to stop on five airplanes per month.

Works on finishing first A350 took three months. “This factory is oriented to Chinese customers but if foreign companies will express desire to receive A350 from China we will consider this”, – Airbus China president George Xu marked.

China Eastern based in China awaits delivery of 10 more A350-900. Besides, in the stock of orders of Airbus for A350 are listed 35 orders from Chinese companies: 15 from Air China, 10 from China Southern Airlines and 10 from Sichuan Airlines.