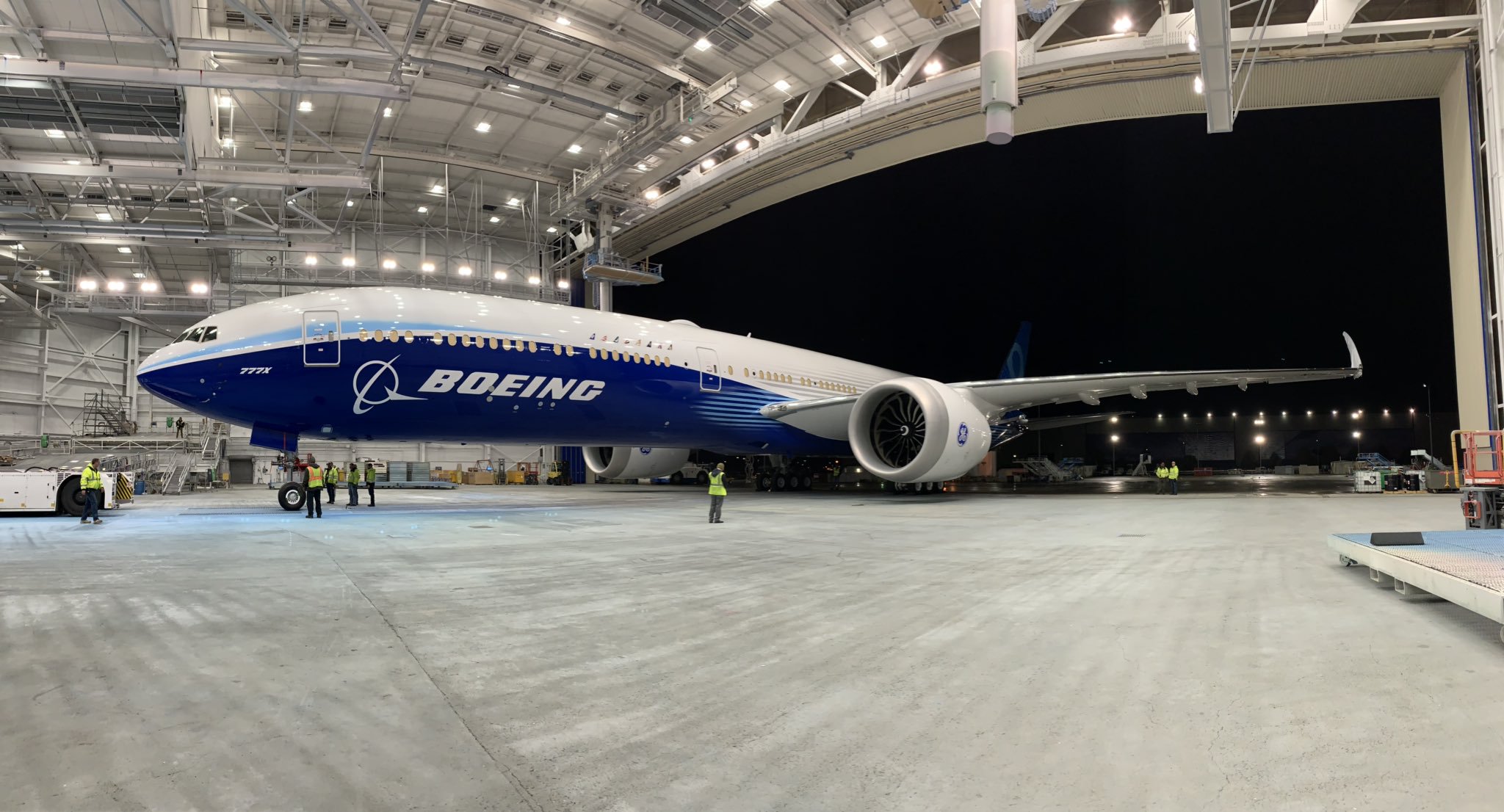 American aviation company Boeing postponed to 2020 first flight of perspective passenger aircraft Boeing 777X. As Flightglobal informs the reason of this became unreadiness of GE9X engines construction of which has to be reworked because of the defects that were found in it.

Defects in the construction of GE9X were found for the first time during tests in February 2018. Then it was found out that the lever arms that set in motion rotating vanes of the compressor stator during engines’ operation are subject to the loads that exceed expected. Then engineers declared that the failure found can be eliminated quite easy.

In June 2019 specialists of GE Aviation Company that engineered the engine declared that because of the works of mistakes’ elimination in stator’s construction certification trials of GE9X most likely will be postponed to autumn. First flight Boeing 777X that is already going through ground tests is not possible without engines’ certification.

Boeing Company declared that first flight of Boeing 777X will take place in the beginning of 2020, though initially it was planned to be performed at the end of 2019. In consortium hope that postponement of airplane’s flight trials will not influence schedule of deliveries of the airplane beginning of which is planned to the end of 2020.

Engineering of the Boeing 777X airplane is made since 2010. New airplane will be presented by the family that will include three aircrafts of different dimensions: B777-8X, B777-9X and B777-9XL. The length of the airplane depending on the version will make 69.8 or 76.7 meters but the wing span – 71.8 meters.

Airplane will get folding wing thanks to which it will be able to be located in standard aviation shelter. The span of the folded wing of B777X is 64.8 meters. Perspective airplane will become first passenger airplane in the world with folding wing.

Maximum take-off weight of B777X will be 351.5 tones. Airplane will make flights on the distance up to 16.1 thousand kilometers and depending on the version and configuration will accommodate from 349 to 414 passengers.