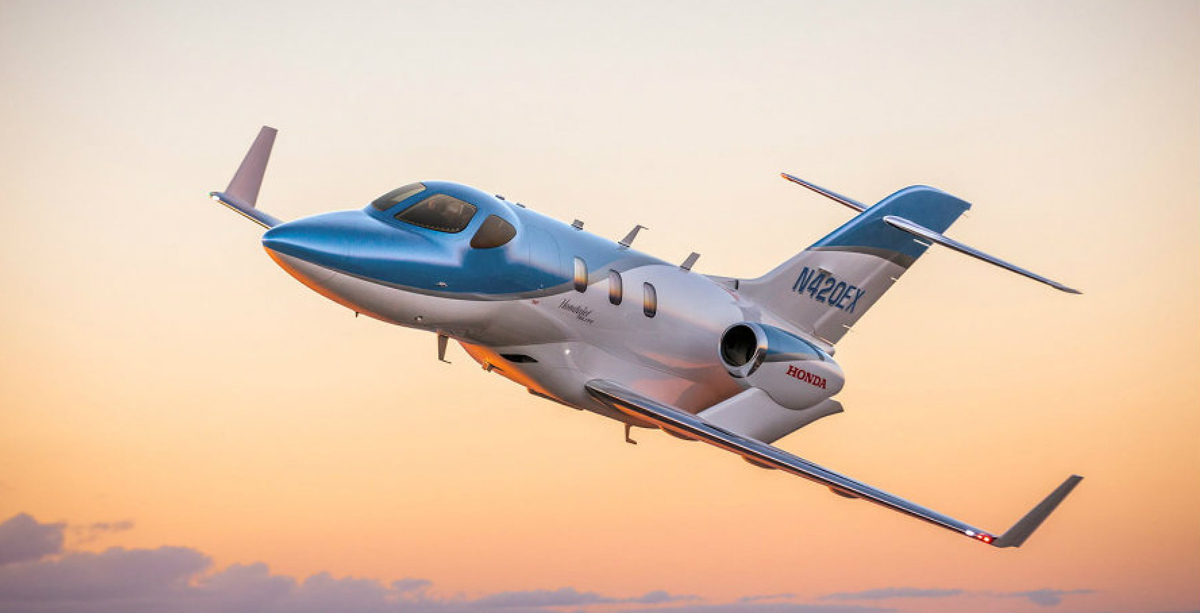 New version of the HA-420 HondaJet airplane – with extension Elite – was introduced in May of the current year on the EBACE exhibition in Geneva, Switzerland.

As Flying edition writes, updated version has got, among other bigger flying range that has made about 2 661 kilometers and also improved dashboard on the base of Garmin G3000; among other Elite version is available in new color variants.

As Honda informed new airplane was certified by Federal Aviation Administration of the US (FAA) and European Aviation Safety Agency (EASA).

Now Honda Aircraft Company informed that it started deliveries of the new airplane HA-410 HondaJet Elite. As AINonline portal writes the first airplane was delivered to unnamed Customer in USA. According to Honda in the first half of the current year it delivered to Customers 17 aircrafts HondaJet of previous version.

First sketches of the Honda airplane were ready back in 1997 but the first flight the prototype made in 2003. In 2010 took place first flight of the production airplane and in 2015 first HondaJet was delivered to the Customer.