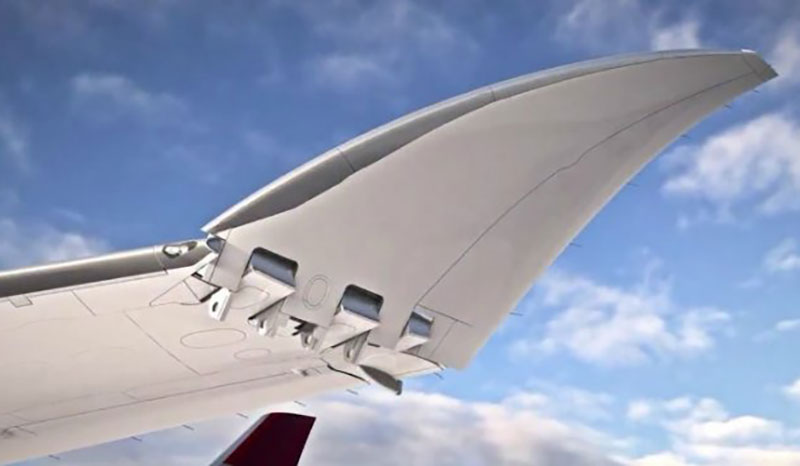 How is the biggest passenger airplane Boeing 777X tested. Part 3

In the middle and in the tail part of the airplane are seating engineers during test flights. “This place is affectionately called “The Pit””, – test director Wesley Herbert told to Insider. Engineers bring their notebooks to connect them to stations. Their seats are soft with glass holders and five-point restraint system.

Many devices and solutions (like orange cabling through entire cabin) are used just for tests and are not used in production airplanes. Wesley Herbert told that in average test flight lasts from three to four hours though it may take up to eight hours.

Boeing increased wingspan of 777X at the expense of folding wing tips in order to create high lift – this reduces fuel consumption approximately by 10% and makes the airplane more efficient.

However, bigger wing span causes problems with compatibility of the airports’ infrastructure. In order to be able to be accepted in the most airports of the world Boeing invented folding wing tips.

With lifted wing tips wing span of 777X is the same like in common Boeing 777.