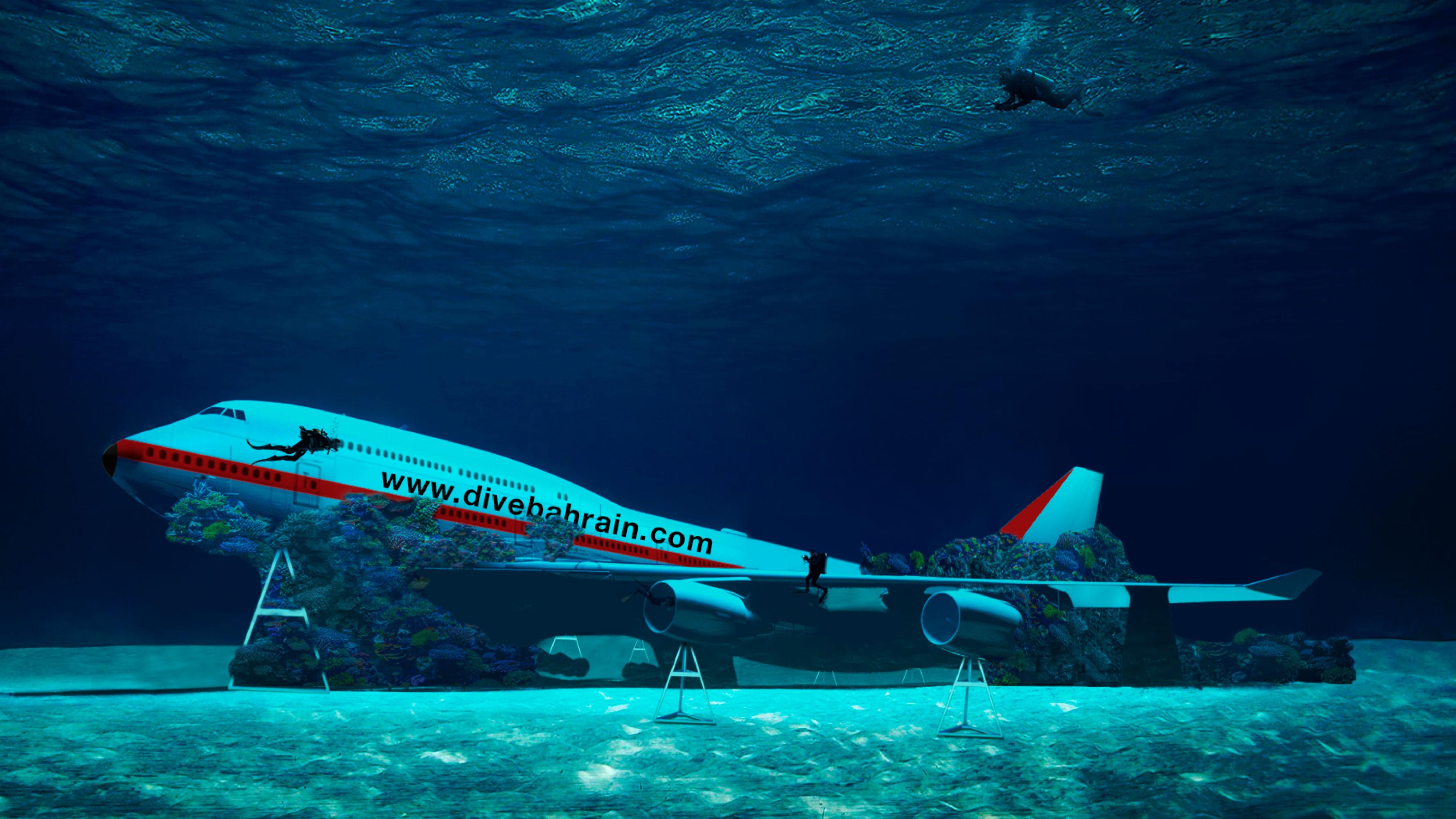 As the Ministry of Industry, Commerce and Tourism affirms it will be “the biggest underwater amusement park in the world that will take surface of more tan 100 thousands square meters”.

The biggest underwater amusement park in the world will appear in Bahrain. The main adventure of this park will become submerged by the sea 70-meters long airplane Boeing 747.

As department asserts it will be “the biggest underwater amusement park in the world that will take surface of more tan 100 thousands square meters”. Besides the winged giant divers will be able to enjoy artificial coral reefs and sculptures that will be made of non-hazardous materials. All the items placed under the sea water will create friendly environment for corals’ growth and life of other sea population.

Ministry also marked that the realization of the project for park creation will begin in the nearest time. To launch unusual touristic object the Kingdom authorities plan in the middle of 2019.

Boeing 747 is from the family of long-range two-deck wide-body passenger and transport jet airplanes. First airplanes of this type were engineered in USA by Boeing Corporation in the middle of 1960’s. During more than 30 years till appearance in 2005 of Airbus A380 Boeing 747 was considered the biggest (more than 70 meters long), heavier (about 200 tones) and most capacious (almost 600 people) passenger airplane in the world. Thanks to distinctive hogged body silhouette Boeing 747 became one of the most recognized symbols of civil aviation of the second half of 20’s century.

For today more than 1,5 thousands of various airplane modifications were launched, they are operated by more than 100 airline companies in the world. On the base of each modification beginning with 747-200 cargo version was created. There are also several types of military transport, scientific research and other aircrafts created on the base of various versions of Boeing 747. It also is Air Force One for USA president.