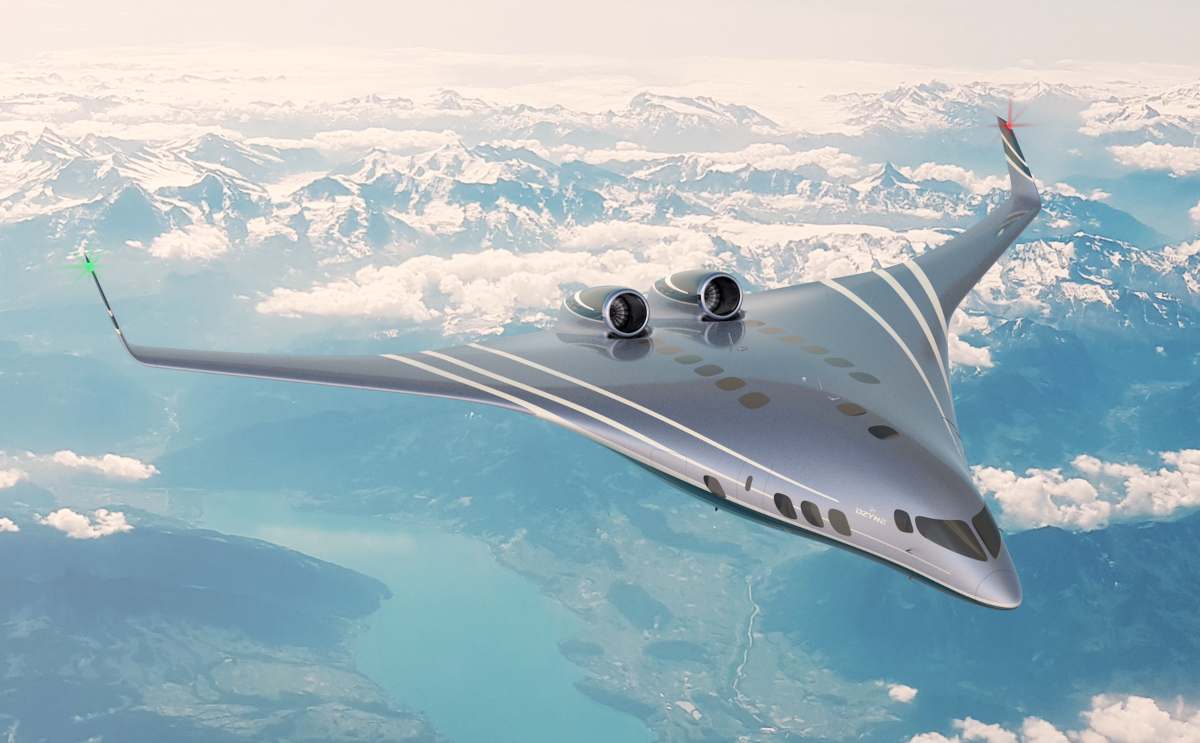 “Like from Star Wars”: Airbus showed model of their new airplane

Airbus presented new airplane model that has to reduce fuel consumption thanks to special form of the wings and body. Company has already tested model secretly but it hasn’t made final decision how to locate passengers and whether the airplane will have windows.

The body of the new airplane is combined with two wings and two engines are located at the back. As Bloomberg describes the model reminds of falcon and would look appropriate in fantastic movies like “Star Wars”.

In June of the last year in France Airbus run first secret tests of the model and plans to continue tests in the second part of the current year. “We need these demonstration models to estimate projects vitality and safety” – declared Airbus executive vice-president of engineering development Jean-Brice Dumont.

Concept of the “blended wing” was developed since 1940’s and lead to creation of strike aircraft B-2 and also joint project of Boeing and NASA X-48.

Combination of the wings with body will allow to reduce impedance and as result – reduce fuel consumption and carbon emissions, Bloomberg marks. According to Airbus estimations, Maverick may reduce fuel consumption by 20% as compared to other existing narrow-body airplanes. “We need breaks, our technologies have to solve ecologic tasks set to us”, – Dumont declared.

One of the difficulties in new model creation is location of the passengers: as compared to classic models people in Maverick will seat far away from the jet’s center. It means that during turnings of the airplane rocking power increases. Will the windows remain in the airplane or they will be replaced with video-screens that provide passengers just with environment appearance is also the task that is still not solved.