Meeting the requirements of the customers that wanted to have aircrafts MD-80 with modern digital flying-navigational complexes, McDonnell Douglas company has announced in January 1986 about intention to create modification of MD-88 equipped with such complex (digital complex electronic hardware EFIS with sic multifunctional colorful displays).

Delta Airlines became the first customer that has placed order for 80 units.

First flight MD-88 has made on August 15th 1987, in the beginning of December it was certified and in the middle of December first deliveries took place. Totally 150 airplanes have been constructed. 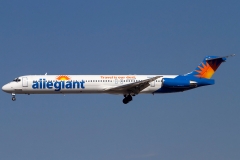 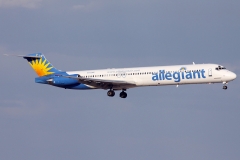