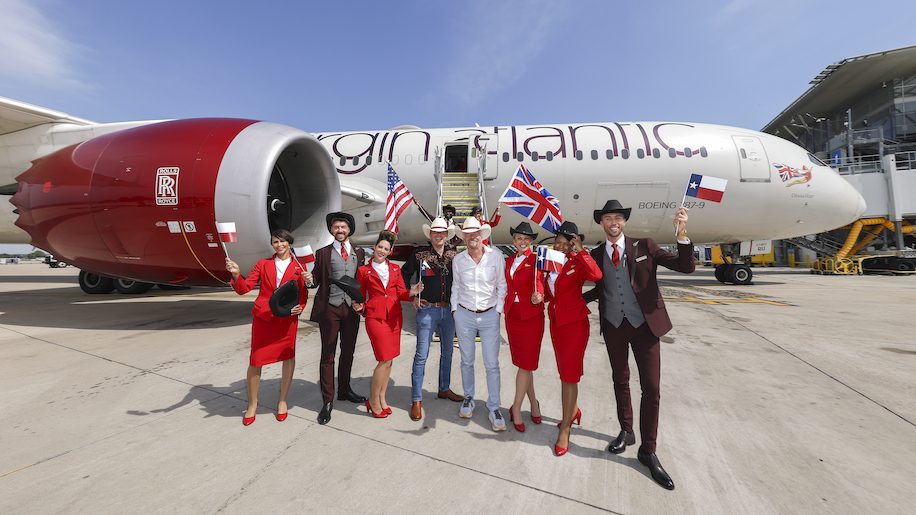 Men from Virgin Atlantic have been allowed to wear skirts

Airline company Virgin Atlantic on its web-site informed that it cancels requirements to the employees to wear “gender-based uniform”. That is why now stewards and pilots can (if they want) wear skirts. Company considers that thus they will become happier.

Employees may work not in common skirts but in the fabrics made by iconic designer Vivien Westwood who is designing uniform for the company for several years already.

In press-release was even given scientific rationale to such wardrobe decision. Some research showed that if employees have opportunity to show their singularity, “their level of happiness increases, appears sense of well-being but this improves work with customers and furthers strengthening loyalty to the company”.

Customers also can show neutral gender when buying tickets from now on.

Air carrier distinguished earlier as well when it allowed employees not to hide tattoos under the uniform. Virgin Airlines is owned by bodacious billionaire Richard Branson. Here are only some of his pranks: he acquired desert island for his girlfriend but once he frightened airplane’s passengers by presenting in front of them in uniform of stewardess. He hasn’t shaved off his beard.