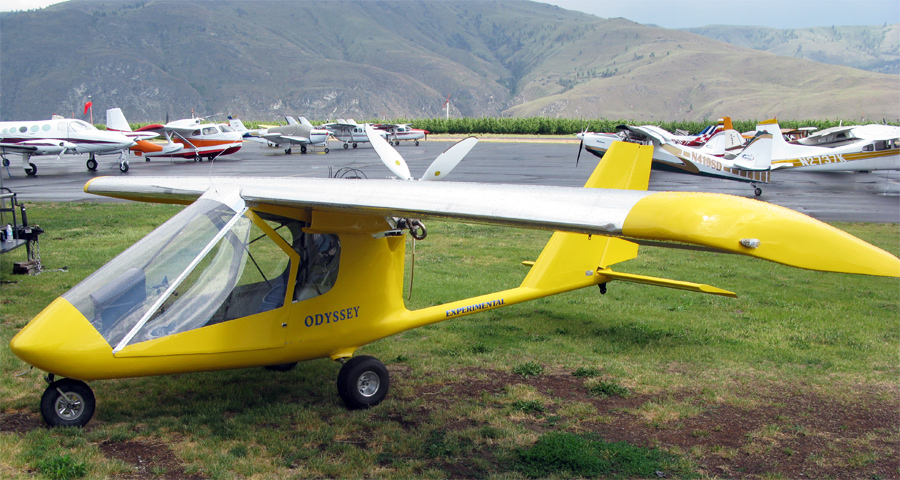 New airplane Odyssey may fly for years without landing

A group of Massachusetts Institute of Technology (MIT) graduates crated unique flying machine Odyssey that is not only powered by solar power but also is able to generate voltage for its’ load – satellite or research equipment. Engineers assure that if needed this machine may fly in the stratosphere all the year.

Is it a bird or an airplane?

Not quite. Odyssey is new high altitude pseudo-satellite (HAPS). Namely such definition to this new flying machine was given by its’ company Aurora Flight Sciences, Boeing division. This self-sufficient airplane equipped with solar battery may stay in the fly unlimitedly long – at least Aurora engineers hold that.

Odyssey wing span is 74.4 meters and cargo capacity just 25 kilograms. Solar battery installed on the wings allows generating power of 250 Watts that are enough to power unit or device carried by it – for example, satellite. Odyssey is able to stay in stratosphere during entire year, “keeping stable location in any conditions” according to the Company’s web-site.

For Aurora General Director John Langford work on Odyssey airplane became the culmination of a very long way. Back in 1980’s Langford (a MIT student back then) was working with a group of engineers and Olympic medalist cyclist Kanellos Kanellopoulos. Their group known as Dadelus ’88 set a world record on foot-launched flying machine (machine that is set in motion by the pilot’s muscle power) that still wasn’t cracked till today.

Odyssey project grew from Dedal and according to Langford’s opinion is a real solution of the problem of chemical pollution of the atmosphere. “As no airplane on solar batteries of this type has such outstanding characteristics, for today Odyssey is an ideal platform for scientific researches” he declares in press-release.

Odyssey will make first flight in 2019. The authors of this project jokingly hope that the journey of the new pseudo-satellite will be more favorable than similarly-named hero-sailor.