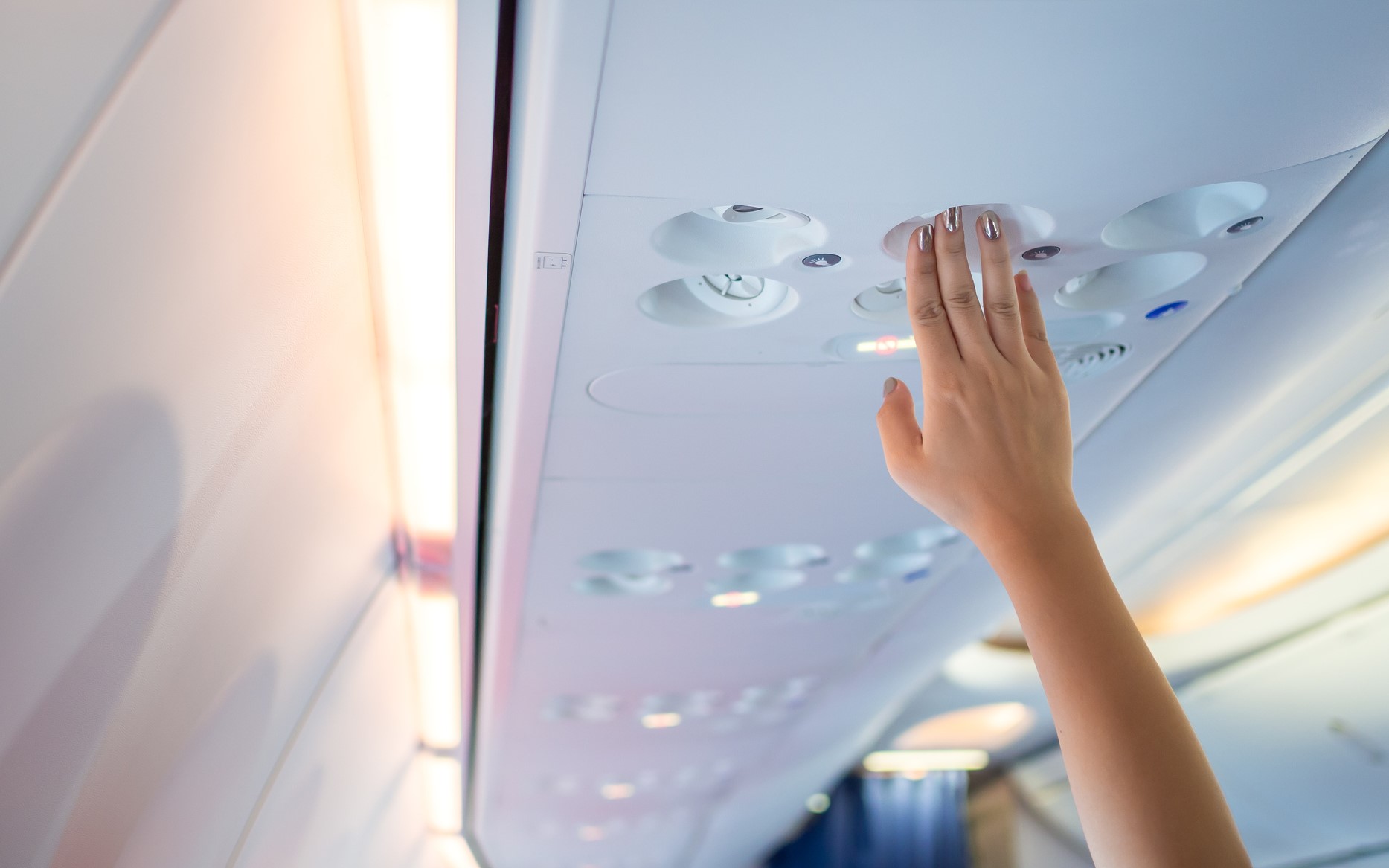 Now in Airbus airplanes the air protects against virus

At present moment the most effective cure for preventing viral shedding is ventilation system of the cabin. The air in Airbus airplane presents mixture of fresh air that comes from outside and recirculated air.

The process of air delivery into the cabin happens in the following way. The air that comes from outside (the altitude is more than 10 thousand meters, temperature about minus 50 Celsius degree, humidity less than 1 %), doesn’t contain virus and bacteria. Before getting into conditioning system the air goes through the engines compressor where temperature reached about 200-250 degrees.

Hot air then goes to catalyzer where ozone is removed from it. After what it goes to the module of air conditioning (turbo-fridge) that represents complex of heat-exchange units and turbines. Here air cooling to necessary temperature and its humidification takes place before getting into the cabin.

Recirculated air of the cabin is cleaned with the help of high-effective HEPA-filters that remove up to 99,97% of all particles (even micro and nano), including bacteria and viruses. Namely these filters are used in hospitals including operating suites.

Fresh air from the conditioning module is mixed with recirculated in the mixer unit after what it is delivered into the cabin in proportion about 50% o 50%. The air in the Airbus airplanes’ cabin is fully renewed every 2-3 minutes that provided high filtration level and protection against viruses. Even more, this air is not recirculated but taken outside the board.

In the cabin air is always moving downward edgewise (within the limits of one block of seats in one row). This excludes spreading of pathogenic particles that the air contains among neighboring rows and block of seats. In the bottom part of the cabin used air is removed through special valve after what part of the air is directed outside the board but another part – to HEPA-filters for further cleaning.

As HEPA-filters remove up to 99,97% of all particles even micro- and nano-sized including bacteria and viruses but the air delivered from outside doesn’t contain bacteria and viruses it is possible to assert that system of air circulation in the cabin doesn’t further to bacteria spreading.