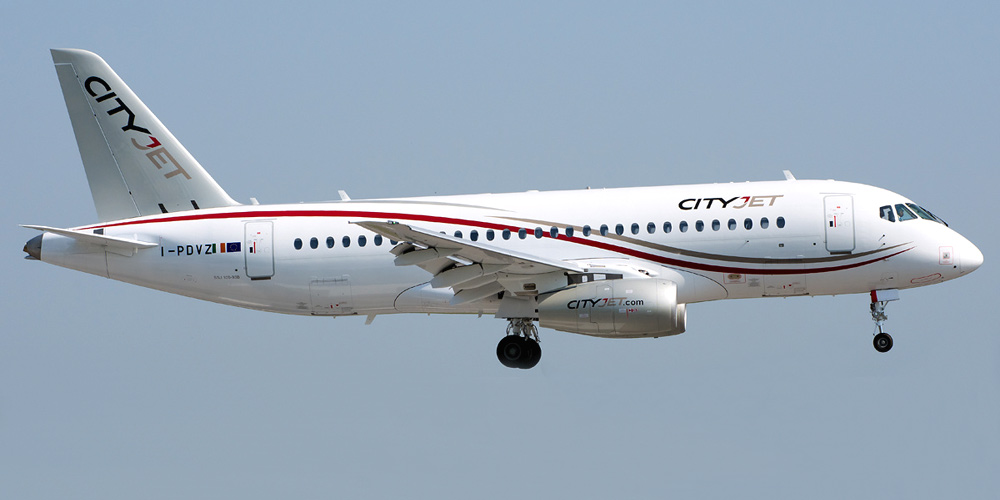 Ten years ago, on May 19th 2008 first flight of the first test airplane Sukhoi Superjet-100 took place. The airplane has climbed up to 1200 meters height, has made 4 circles over air-strip and then successfully landed.

Serial production of the airplane Sukhoi Superjet-100 began in 2011. It is first Russian made passenger airplane constructed with use of digital technologies. The airplane is for airlines with up to 3000 kilometers distance (base version) and up to 4500 kilometers (in case of version with increased flying range).

The key advantages of the SSJ100 airplane are cost efficiency in exploitation and comfortable cabin. This airplane offers two classes: economy and business but version lines include commercial airplanes SSJ100, business version and special appointment aircrafts. Superjet was certificated according to all world standards. In 2011 the airplane got certificate of the Interstate Aviation Committee and in one year became first Russian passenger airplane certified by European Aviation Safety Agency (EASA).

At the end of the 2017 first trial flight of the airplane Superjet100 with installed wingtips that allow to improve take-off and landing characteristics and to reduce fuel consumption not less than by 3%. At present moment Sukhoi Civil Aircraft is working over new version of the airplane. During winter 2018 was taken decision to create version of SSJ100 for 75 seats for domestic flights with 1500-2000 kilometers distance. It is planned that new airplane may be launched on the market about in the end of 2022 – beginning of 2023.

Configuration of the new airplane will remain the same while total weight of the construction is planned to reduce by 10-15%, by 5% to reduce specific fuel consumption and to increase content of composite materials in construction of the airplane.