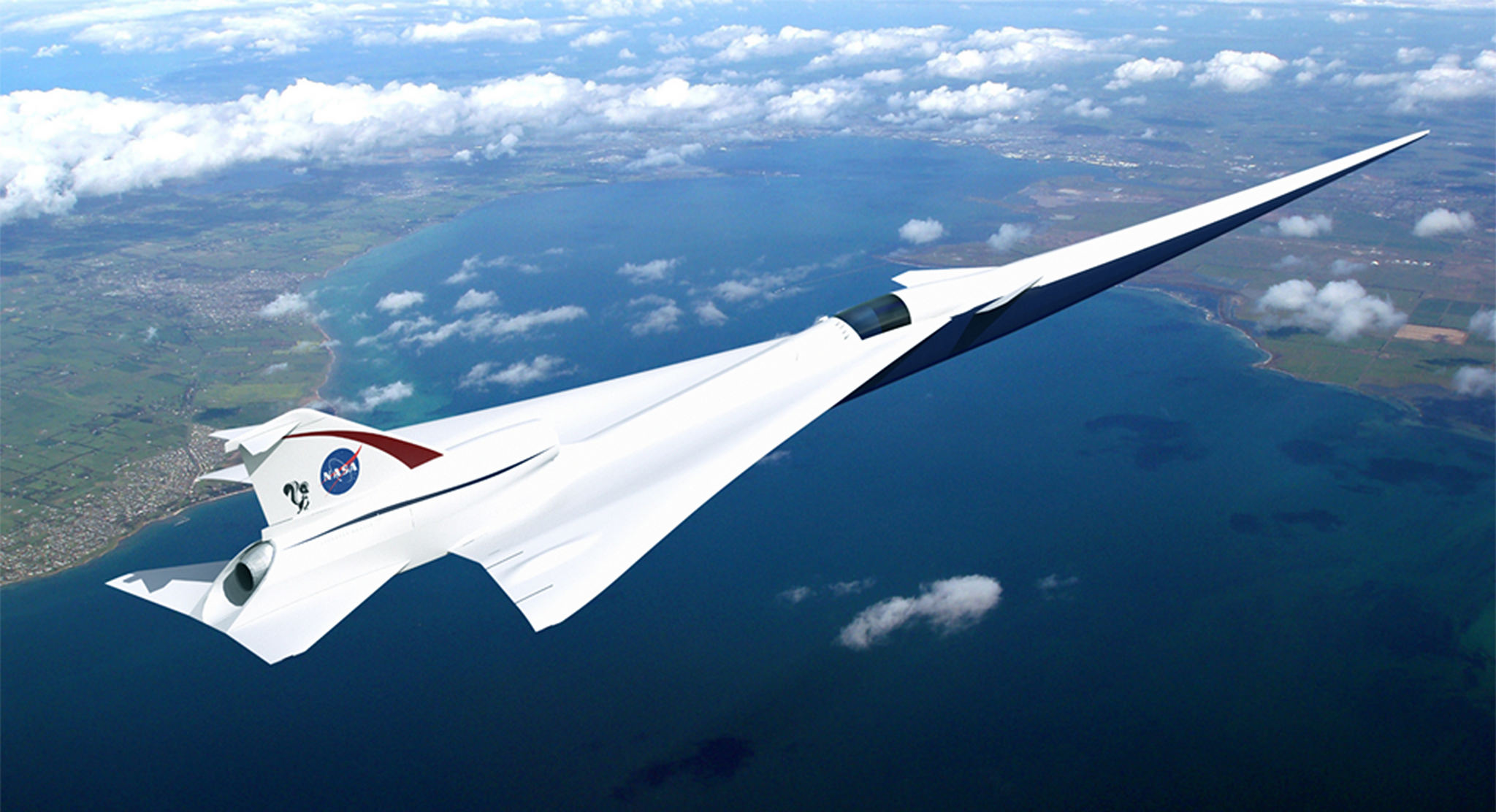 «Quiet» supersonic aircraft will take-off in 2021

American company Lockheed Martin till the end of 2020 will fully finish assembling the demonstrator of “quiet” supersonic passenger airplane X-59 engineering of which is made after QueSST project. As Live Science writes new aircraft will also undergo first tests in the current year and first flight will be made in 2021.

QueSST program, in the framework of which is engineered airplane X-59, involves creation of technologies that in the future will allow to reduce noisiness of supersonic airplanes. It will allow these airplanes to make supersonic flights above the inhabited areas that are prohibited today by international rules.

Noisiness of X-59 is planned to be reduced with the help of air frame of such aerodynamic construction using which on the air vehicle surface would create the less possible number of impact waves. At this those waves that will still create should be less intensive.

According to the project demonstrator of “quiet” supersonic aircraft will be made with one engine. The length of the flying machine will make 28,7 meters. It will receive air frame, body and wing of which remind of turned over airplane. On X-59 will be installed common vertical tail fin and horizontal wheels for maneuvering on low air speed.

Among other engineering solutions that allow to reduce noisiness of the aircraft – elongated sharp fore body that will fully block front view to the pilots.

According to the active plans, on the demonstrator of X-59 will be installed various measuring systems with the help of which will become possible to measure vibrations of airplanes’ air frame. Besides, hardware helps to measure intensity of the impact waves that are created on the air frame’s surface and compare received data with estimated.

According to flight tests engineers will gather information necessary for experimental certification of the supersonic aircraft. After receiving such certificate tests flights above inhabited areas dwellers of which agreed to take part in the experiment will become possible.