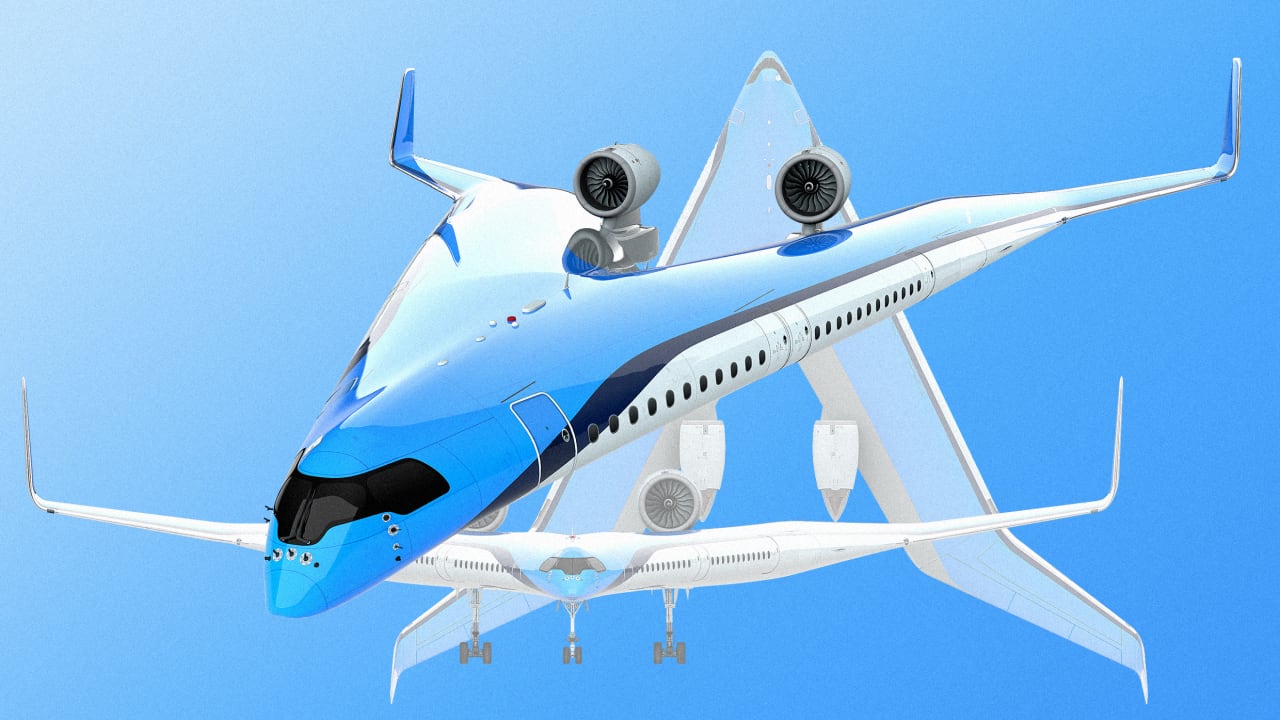 Netherland airline company KLM together with Delft University of Technology (TU Delft) continues to develop of quite unusual airplane Flying-V Technological that differs with bizarre V-shaped form of the body where passenger seats will be located in the wings.

After period of extensive tests in air tunnel and series of ground tests in Netherlands group of researchers, engineers and pilot of unmanned aircraft from TU Delft went to the air base in Germany for the first real test flight of the scaled airplane model. The model with the weight of 22,5 kg, wing span 3,1 meters and 2,8 meters’ length got off the ground.

The model was equipped with a couple of electrical motors for 4kW that were powered by lithium-ion polymer battery with the weight of 6 kg. Together with KLM and University specialists at the tests worked representatives of the French aerospace corporation Airbus.

Project executive Dr. Roelof Vos marked that the model took off the ground at a speed of 80 kilometers per hour. The model confirmed all parameters but before flights during a week specialists worked on the prototype of Flying-V – they had to change center of gravity, solve problems with potential swing during take-off. The pilot’s task was to take-off, make a number of maneuver cycles and landing approaches till the batteries discharge and then finally land.

According to test flights’ results have been collected telemetry data that will have to be analyzed but it became aware that existing construction of the wing causes “Dutch roll behavior” (complicated spatial auto-oscillation that appears during the flight of the airplane within bound coordinate system that consists of antiphase wobble combination, roll-off and pitching oscillations) that causes heavy landing. It is expected that in the next variant of Flying-V model problems will be eliminated.

According to engineers’ plans full-sized Flying-V will have the length of 55 meters, wing span 65 meters, height 17 meters. Internal body volume will have 160 cubic meters but passenger capacity – 314 passengers. And it is claimed that fuel consumption of V-shaped airplane will be 20% less than of comparable in parameters Airbus A350.