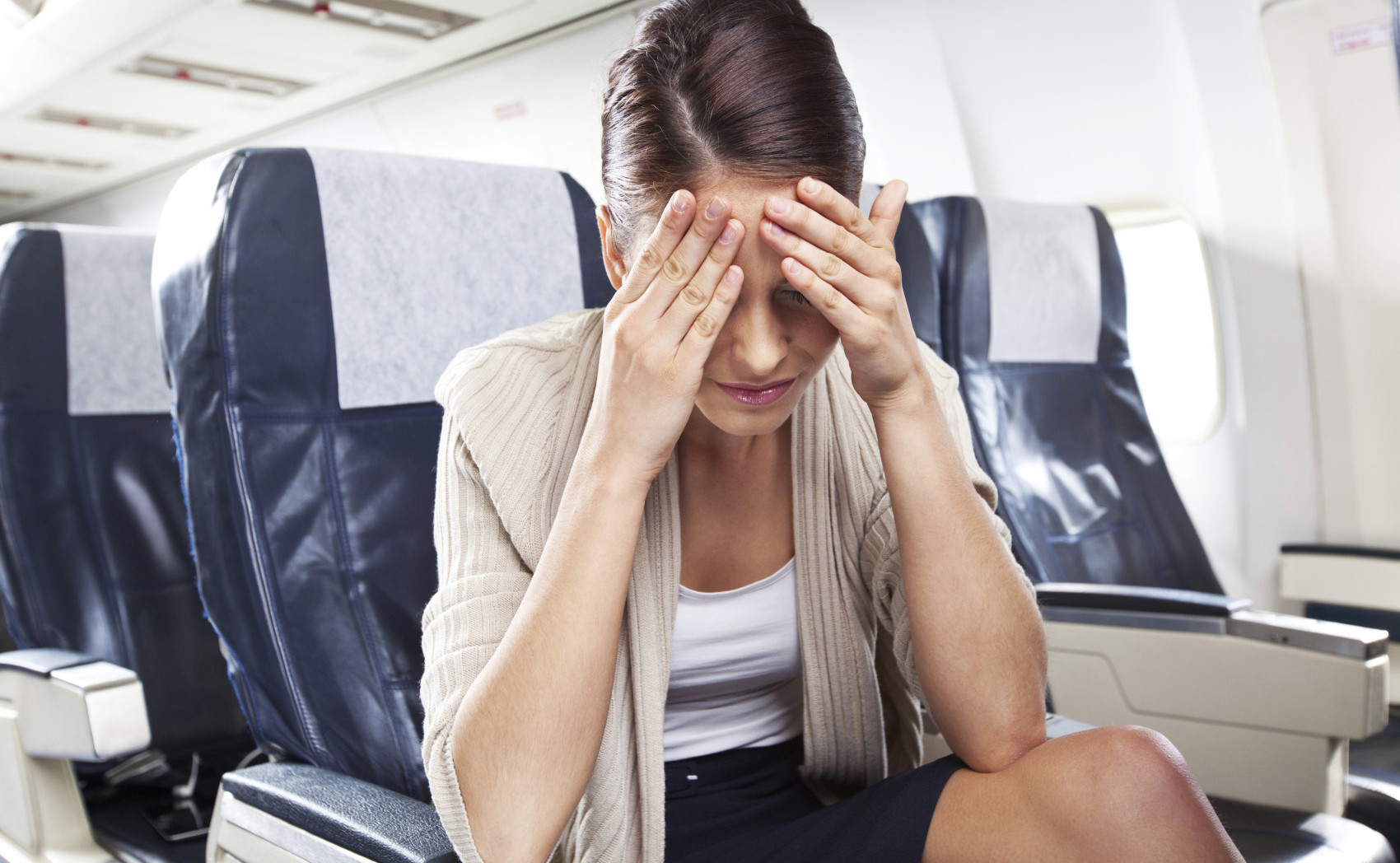 Scientists determined who is afraid of flying the most. Part 2

Scientists from Leiden University (Netherlands) mark that people that suffer from aerophobia chose typical strategy of fear suppression. They consciously avoid unpleasant thoughts and situations where this condition may appear.

However, all these is counterproductive consider researchers. They came to this conclusion observing participants of standard course of getting rid of aerophobia.

Australian scientists clarify that for aerophobia is peculiar high anxiety level that is disproportionate to real flight danger. Person exaggerates probability of negative scenario. The fear itself appears as answer for some exciter: the airplane’s appearance, bucketing during turbulence, bad weather outside. But why aerophobia becomes permanent and how it is supported is not quite clear.

Specialists from Switzerland and Germany analyzed a lot of scientific materials about aerophobia trying to understand how it appears in fact –results appeared to be contradictory. Was made an experiment: two groups of passengers where observed, one suffered of aerophobia, another didn’t. No significant differences were found – both groups experienced various fears during the flight in the same extent.

Authors of this research assumed that anxiety of some people becomes stronger and turns to phobia because other stress life situations superimpose. Messages about air incidents in mass media influence a lot. After flight accidents always increases number of passengers that refuse to fly.

Aviation is the safest means of transport – researches continue to repeat. Airplanes allow traveling fast and comfortably. Sometimes it is the only way to reach isolated areas and deliver perishable goods. Development of technology made aviation more environmentally friendly.

A lot of methods to eliminate aerophobia were worked out. The most effective is considered cognitive-behavioral psychotherapy. According to various estimations treatment helps in 67-96 per cents of cases. For the last years online programs and computer simulators proved to be good in practice. And people may use them both under the care of a physician and individually.