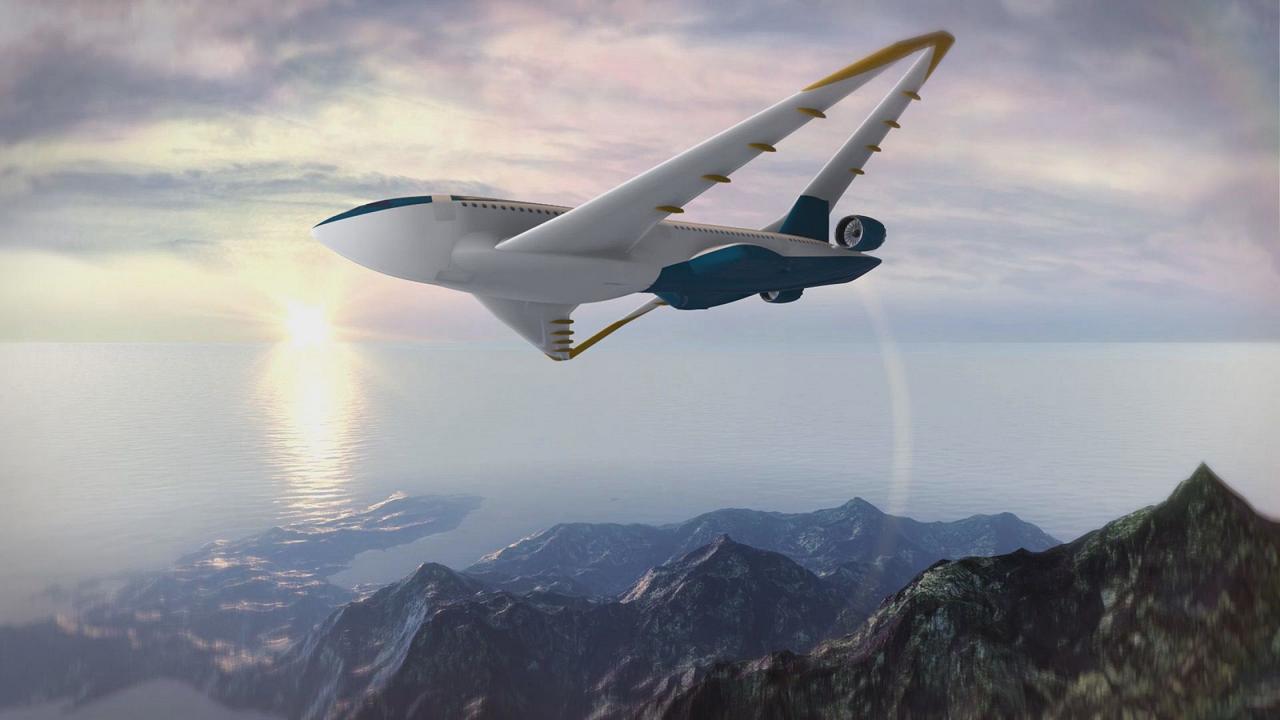 Engineers from Pisa University (Italy) make tests over the local lake. They are checking fine tuning of the flight management system. Collected data specialists will pass to aviation workers. But is the industry ready to such radical innovations? Scientists are sure that their elaboration has convincing advantages.

Engineer Vittorrio Chippola says that it is airplane of the same category as Boeing 737 or Airbus A 320. These models, as we know are actively used by carriers including low cost companies. Wing span of the experimental airplane hasn’t changed its body is a little longer and wider. But at the same time the cabin may accommodate by 1.5 more seats.

To design passenger airplane of tomorrow software that is developed in Delft technical University is needed. Specialists compare characteristics of the airplanes with traditional configuration with new airplanes with terminated wings. Computer models calculate physical data of the flight. The results received are more precise than in case of usage of common statistic data.

Technical designer Gianfranco la Rocca considers that airplanes may be different but all of them are subject to the same laws of physics. Modern simulation systems allow estimating behavior of the airplane of new configuration and comparing it with existing models.

According to estimations of the specialists airplanes with terminated wings will be able to carry more passengers than usual airplanes with the same wing span. Introduction into service of the new airplanes will allow reducing fuel costs and widen capacity of the airports without changing infrastructure and increasing number of flights.

Technical designer Gianfranco la Rocca: “We expect that new airplane will be introduced into service in 2035. Our design is based an already existing technologies and on those development of which is in process of finishing. Yes, it is absolutely the airplane of the future. It is futuristic but not enough to remain just a beautiful picture from a book”.