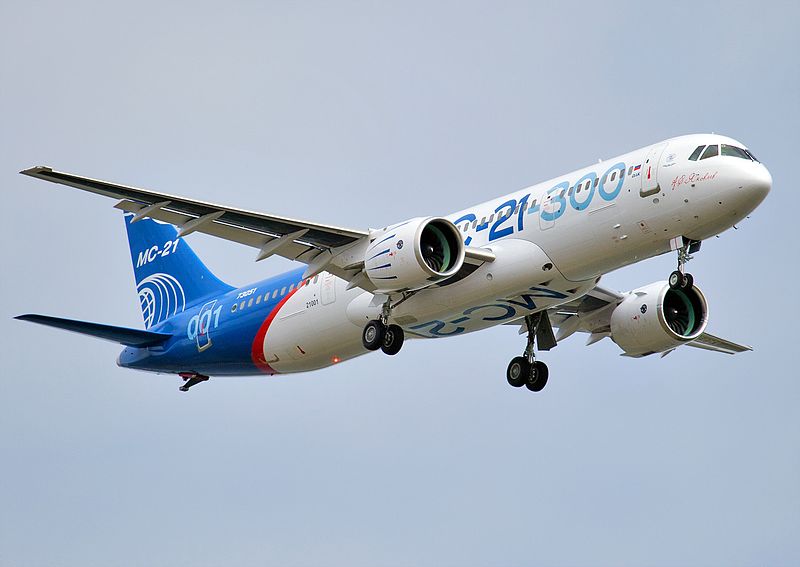 Second airplane MC-21 has taken off the fly ground of Irkutsk aviation plant on May 12th, 2018.

MC-21 is the project of short- and medium-haul jet passenger narrow-body airplanes. This airplane may fly on six thousands kilometers distance and is created as replacement for airplanes TU-154 and TU-204/214 and to foreign airplanes Airbus A320, Boeing 737 and other.

Flight of the second airplane is significant event that will ensure timely realization of flight certification tests.

The program of the flight included: testing the airplane on steadiness and controllability and also check of the on-board equipment performance capability.

The flight duration was 1 hour and 7 minutes and it took place at the altitude of three thousand meters at a speed of 400 km/h.

On the Irkutsk aviation plant three test airplanes are being constructed. Together with flight and static tests at present moment are made active preparations to putting into full production the new airplane.