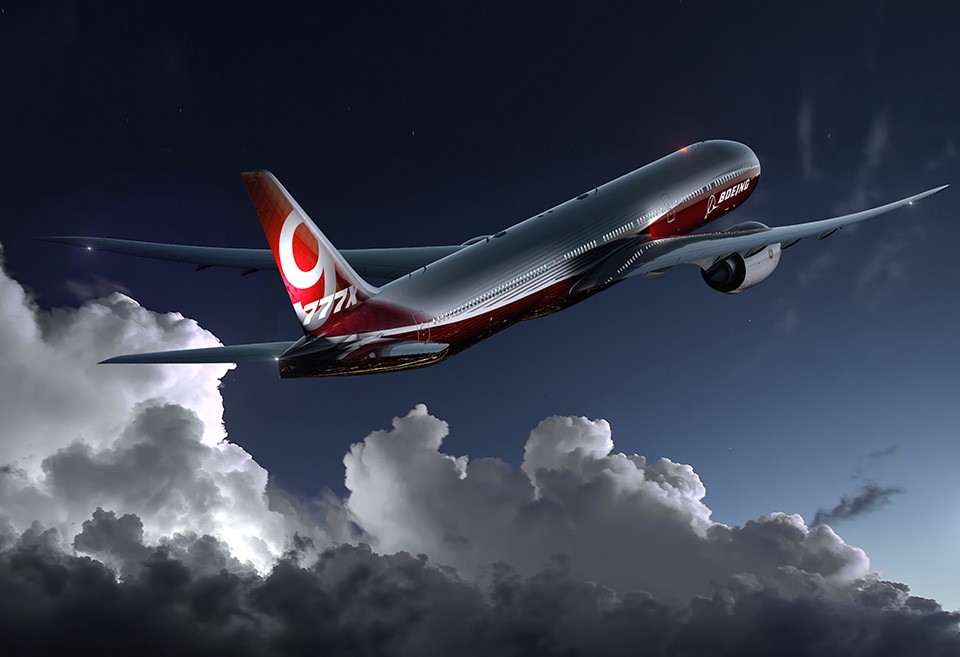 During the engineering process aviation engines go through series of various tests that first are made on special stands on the ground and after on flying laboratories in the air. Such tests allow evaluating real characteristics of the engine units and also checking work of all systems of the aircraft engine in different conditions. Flight tests, for example, help to check work of the engine in load response conditions, in conditions of changing intensity of the incoming air, air temperature and hundreds of other conditions.

Basing on the data received as result of the new engines’ ground and fight tests, specialists make decision whether the engine unit can be safely mounted on the airplane for which it was engineered.

It is planned that the length of the airplane on which GE9X will be installed will make 76.7 meters, wing span – 71.6 meter. Maximum take-off weight of the Boeing 777X will make 351.5 tones and maximum flying range – 16.1 thousand kilometers.