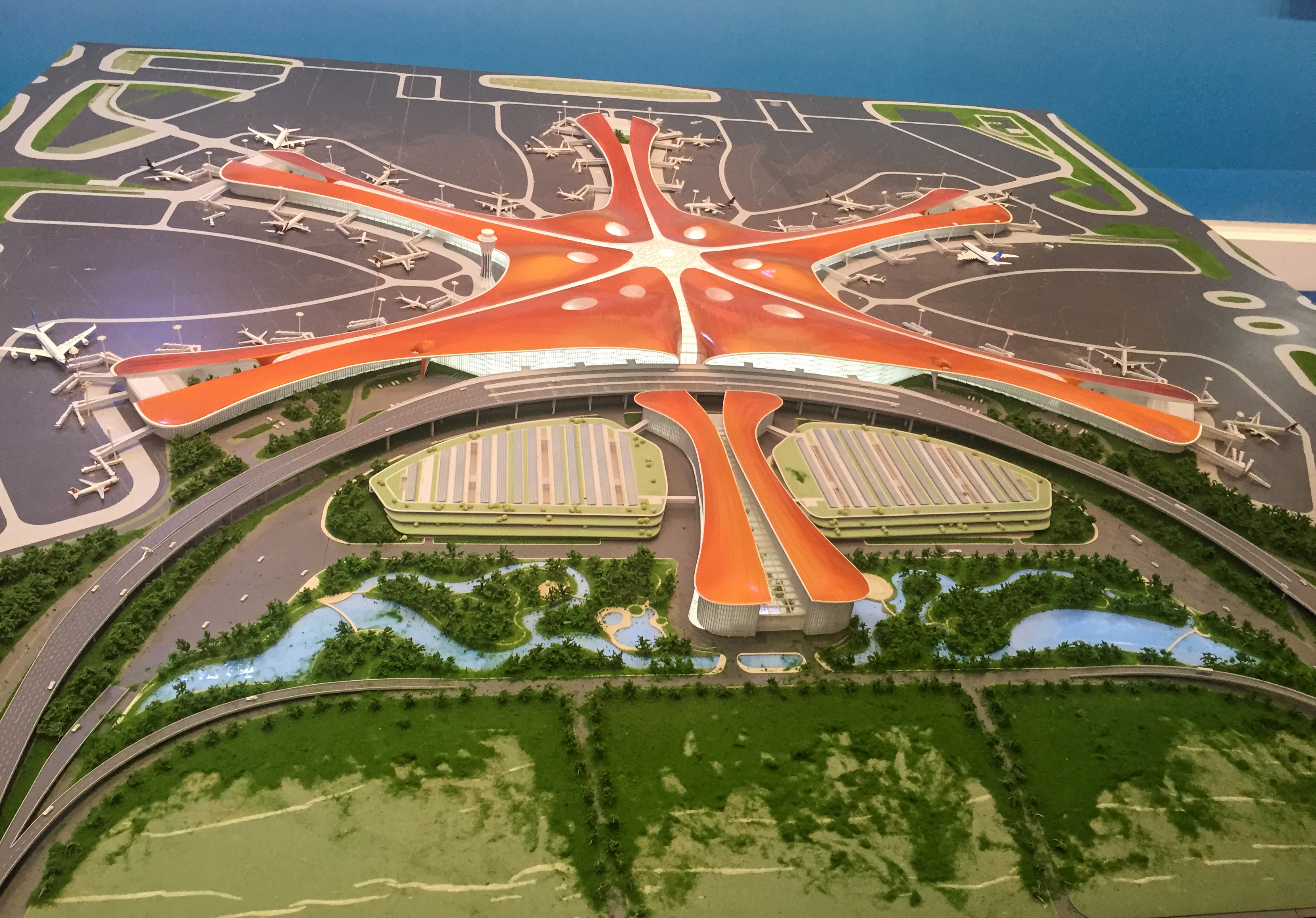 The biggest airport in the world was built in China

Opening is planned for autumn 2019.

Building of the International Airport Beijing Daxing has finished in China. The project was elaborated by Zaha Hadid Architects. Hadid herself worked on the design but construction began after her death. Architectures gave the shape of gold star to the building but from the point of view of Chinese mythology it reminds of phoenix.

The airport has 4 flight strips and 82 gates. The way to the center of the terminal from any point will take not more than 8 minutes. First floor is rendered for international flights arrivals, to the 2nd floor domestic flights will arrive, from the third floor passenger will be able to fly on the routes inside the country by using automatic check-in desks but the 4th floor will take all international departures and domestic departures through serviced check-in desks. On the other floors technical rooms and rest areas are located. Escalators lead to all the floors from underground railway station.

“There are separate routes for transfer and transit passengers in many airports of the world but in this case the concept is totally another and any traveler while moving through the airport will pop up in necessary place the quickest possible”, – Cristiano Ceccato the head of aviation projects in Zaha Hadid Architects.

Beijing Daxing corresponds to the highest ecological standards. In the terminal will be realized rain collection system. In the building construction is used daylight illumination, natural ventilation and other energy saving technologies.

Opening is scheduled for September 30th the anniversary of the founding of the People’s Republic of China.

Passenger capacity of the terminal will be 45 million passengers per year. To 2025 it is planned to build one more terminal and after that on 7 landing strips will be made 880000 flights each year. Total passenger flow of the Beijing Daxing to that time will reach 72-100 million people per year.