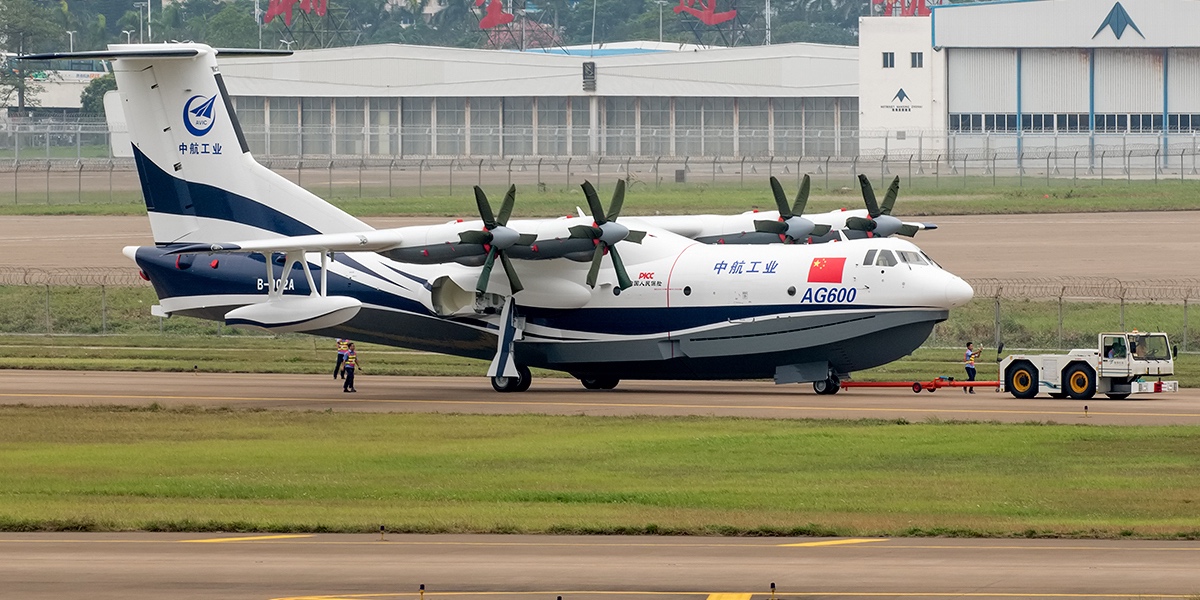 Recently flying and ground tests of the biggest amphibian airplane in the world have finished and the water tests phase began.

The biggest amphibian airplane in the world got name AG600 (the second name of the airplane is Kunlong) and it is constructed in China. Wing span of the AG600 is 38.8 meters; the body length is 36.9 meters. The airplane is equipped with four jet-prop engine and is capable to fly without refueling up to 12 hours and carry up to 50 passengers and crew members. First test flight took place in December 2017, during this flight airplane spent one hour at 3000 meters altitude.

Water part of technical tests will take place in Hubei province in the Valley of Changhe River on the territory of local water storage. Amphibian airplane will have to make series water landings and also several take-offs the water. Besides these AG600 will spend some time on the water moving on the surface of the water storage.

The behavior of the airplane will be tested in “empty condition”, i.e. only with the crew on the board and with payload. According to the existing data the airplane may take in 20 seconds up to 12 tones of water but totally the amphibian airplane make take about 370 tons of the water. This airplane characteristic should be also tested in the nearest future and during the tests to “extinguish” imagined woods fire.