Airbus A340-300 Cathay Pacific. Photos and description of the plane

“Cathay Pacific” operates Airbus A340-300. A340 series of Airbus was constructed parallel with A330. They have common construction differing mainly in number of engines.

Airbus A340 was initially offered in two configurations: A340-200 and A340-300 – first with shortened body and increased flying range but the second is longer with flying range up to 13 350 kilometers. Body length of Airbus A340 is the same as the body of Airbus A330.

Cabin configuration and complex electronic hardware are the same as in Airbus A320 in order to minimize costs on retraining pilots during airplanes’ change according to corporation’s policy. 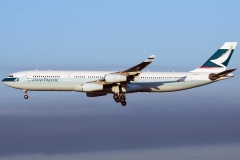 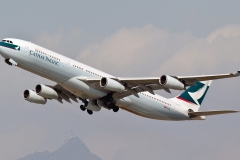 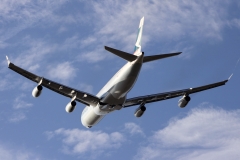 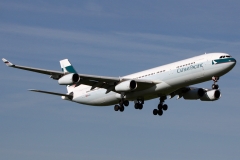 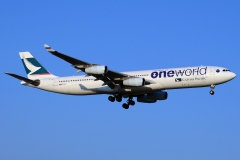 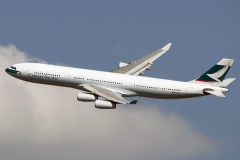