Boeing 737-600 WestJet. Photos and description of the plane

Creation of the airplane began in 1995 and at the beginning the project had the name 737-500X. Despite the external similarity with 737-500 and some similar systems Boeing 737-600 is totally other airplane. In particular, more effective wing was installed on the airplane, new empennage, powerful engines and also digital complex electronic hardware after architecture similar to the complex installed on Boeing 777.

As all airplanes of Next Generation, Boeing 737-600 has capacious cabin with low noise level, comfortable lightning and also other qualities that allow to provide comfortable flight.

Boeing 737-600 is intended for 110-132 passengers depending on the cabin configuration.

Commercial use of Boeing 737-600 began in 1998. Airplane construction continues. 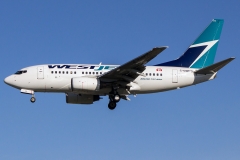 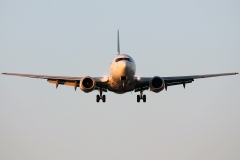 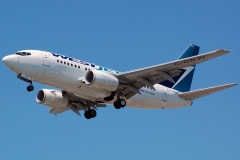 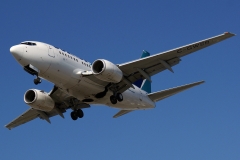 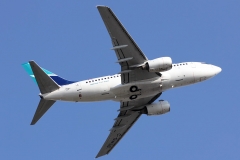 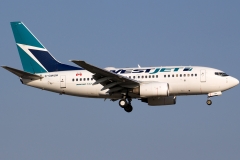