Boeing 777-200 Air France. Photos and description of the plane

Boeing 777-200 is intended for airlines of medium and long haul.

In the end of 1989 Boeing Commercial Airplanes has started design process of elongated version of Boeing 767 airplane with increased by 63.73 meters wing span. During design process new airplane has got progressive technologies for those times and also new design. In the middle of October 1990 the project got designation Boeing 777 that meant appearance of new family. But first modification was designated as 777-200. 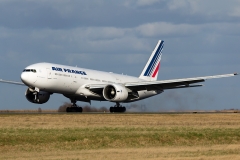 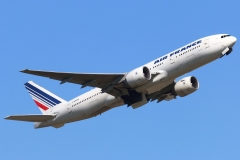 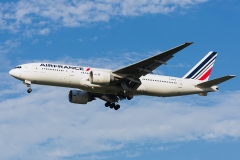